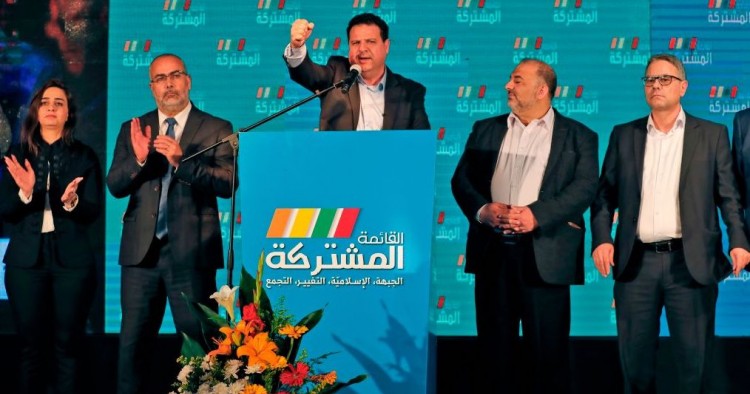 Two weeks after Israelis went to the polls for a record-breaking third election in the span of a year, there are signs that Israel’s political limbo may finally be nearing an end — emphasis on may. With the newly elected Knesset set to be sworn in today, Israeli President Reuben Rivlin has announced that he will charge Benny Gantz, leader of the opposition Blue and White faction, with the task of forming a new government after the latter received the requisite 61 recommendations out of 120 total Knesset members.

Gantz clinched the mandate after he earned the recommendations of Avigdor Lieberman’s Yisrael Beiteinu party and the Arab-led Joint List. Lieberman, a bitter rival of Benjamin Netanyahu’s, had previously said he would never be part of an Arab-backed government. The Joint List won an unprecedented 15 Knesset seats, thanks in large part due to higher-than-normal turnout in the Arab sector. Netanyahu’s blatant incitement against and attempts to marginalize Arab voters along with Lieberman’s anti-Arab policies undoubtedly contributed to the high turnout among Palestinian citizens of Israel.

Gantz’s chances of forming a government are anything but assured, however. At present, three coalition members, including two from Gantz’s own Blue and White party, are still refusing to support a government that relies on the backing of Arab parties. Alternatively, Gantz could accept Netanyahu’s offer of a unity government with Likud or, more likely, a “national emergency” government designed to see the country through the current coronavirus crisis. Gantz has said that a national emergency government would need to include all electoral factions, an apparent reference to the Joint List — which remains  anathema to both Lieberman and Netanyahu. As a result, a fourth round of elections remains a distinct possibility.

The Joint List had made a number of demands in return for its support for a Gantz government, namely that it halt steps toward annexation in the West Bank and other unilateral steps associated with the Trump plan and that it prevent extremist settlers from visiting the Al-Aqsa Mosque compound (Haram al-Sharif) in Jerusalem. Given Netanyahu’s commitment to the annexationist/Greater Israel agenda as well as the overall rightward drift of Israel’s body politic, this would be a tall order indeed.

Whether or not Gantz succeeds in forming a government, the Joint List has cemented its role as “king makers” in Israeli politics, with the ability to make or break a ruling coalition. As a non-Zionist party built on the idea of Arab-Jewish cooperation and equality, the Joint List could have profound long-term effects on Israeli politics as whole. In the meantime, most Israelis would settle for avoiding yet another round of voting.