As Israel’s new government prepares to be sworn in, annexation tops the agenda 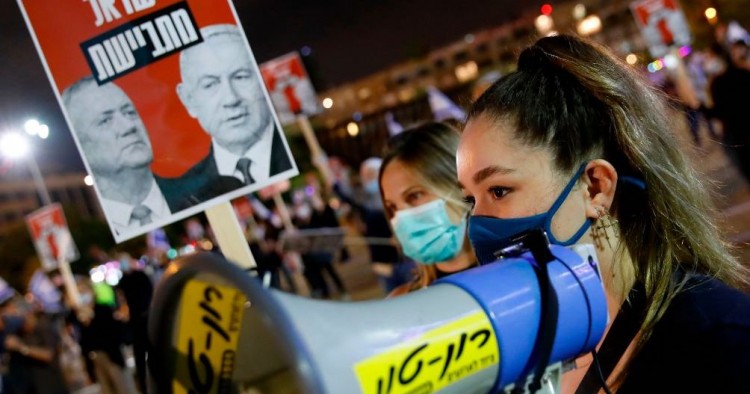 After much wheeling and dealing, Israel’s year-long political deadlock appears to be coming to an end. A power-sharing deal between Prime Minister Benjamin Netanyahu and Blue and White leader Benny Gantz has paved the way for a new Israeli government. The deal to form an emergency unity government prevented Israel from holding a fourth consecutive election in just over a year; in the process, several political and legal hurdles were overcome.

Faced with the coronavirus emergency, Gantz reversed his promise not to join forces with Netanyahu, who is Israel’s first sitting prime minister to be charged with a crime; in January, Netanyahu was formally indicted on corruption charges. The Blue and White leader also sparked controversy among party members and supporters by subsequently agreeing to allow Netanyahu to serve the first 18 months as prime minister. While the proposed coalition government was challenged in the Supreme Court by eight petitioners, the court ruled last Wednesday that “there was not legal reason to prevent the formation of a government” led by Netanyahu despite the indictment against him. A day after the high court cast the legally-embattled prime minister yet another lifeline, the Knesset approved amendments to two basic laws to allow for the formation of the emergency unity government by a clear majority of 72 to 36, clearing the path for the new government to be sworn in.

Netanyahu’s knack for political self-preservation not only grants him another term –– the fifth overall –– in office, but equally affords him the most powerful pulpit from which to challenge his legal woes. The self-described victim of a political “witch hunt,” Netanyahu will likely seek to delegitimize the justice system and delay court proceedings. In the meantime, Netanyahu is expected to move ahead with plans to unilaterally annex large swaths of the West Bank, a pre-election vow made repeatedly in 2019 to secure right-wing votes. Such a move, according to the arrangement drawn up by Gantz and Netanyahu, is the only non-coronavirus policy issue to be discussed during the government’s first six months, beginning as early as July and pending U.S. consent.

President Donald Trump’s recently-published Middle East peace plan already endorsed the Israeli annexation of large settlement blocs –– some 30 percent of the West Bank. “Sovereignty,” as the plan posits, “is an amorphous concept;” indeed, Middle East peace point man Jared Kushner’s requested delay of annexation earlier this year appeared to be more a question of timing rather than principle. During his visit to Israel this week, U.S. Secretary of State Mike Pompeo is slated to give Netanyahu the green light, not least to give Trump some much-needed news respite from the ongoing pandemic while enhancing his evangelical support base in the lead-up to the Nov. 3 presidential elections. With much of the world still focused on curbing the coronavirus outbreak and bracing for long-term economic hardship, such a U.S.-endorsed annexation is bound to encounter little meaningful pushback.

Grace Wermenbol is a non-resident scholar at MEI who specializes in the contemporary geopolitics of the MENA region. The views expressed in this piece are her own.