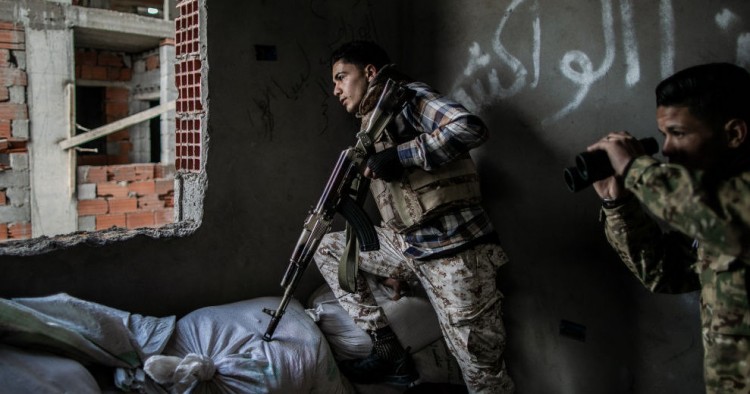 Amid last week’s appointment of the well-respected former senior U.S. diplomat Stephanie Williams as interim special representative of the secretary-general (SRSG) for Libya following the March 3 resignation of UN SRSG Ghassan Salamé, the UN and those who see the current Libyan conflict initiated by would-be dictator Khalifa Hifter are still trying to keep the ambitious diplomatic agenda set by the Jan. 19 Berlin Conference on Libya alive.

As part of that effort, U.S. Ambassador to Libya Richard Norland met on March 11 in South Africa with officials there and with Libya Prime Minister Fayez al-Sarraj of the Government of National Accord (GNA), with the goal of gaining greater involvement by the African Union to boost diplomacy as part of South Africa’s broader objective of ending African civil conflicts.

Meanwhile, as much of Europe shuts down due to the coronavirus, Libyan oil production has collapsed to less than 100,000 bpd as Hifter has continued to amass forces for what some claim to be a final push into the nation’s capital and largest city. This has included massive rearmament by both Hifter’s constellation of Libyans and foreign mercenaries and their counterparts led by GNA Interior Minister Fathi Bashagha, causing Williams to refer to international compliance with the UN arms embargo as a “joke.”

UN Secretary General Antonio Guterres has floated the name of former Algerian Foreign Minister Ramtane Lamamra as Salamé’s permanent successor. Lamamra knows the Libyan file well and was active in efforts to help bring about the December 2015 Skhirat Agreement that created the GNA under al-Sarraj. Consistent with Algeria’s ideological commitment to non-intervention in domestic affairs by foreign states, a Lamamra appointment would signal the UN’s continuing efforts to get foreign forces out of Libya as quickly as possible.

Political negotiations among Libyans will surely continue to require external diplomatic pressure, led by those, including the U.S., who recognize that efforts to conquer the country by force will not succeed.