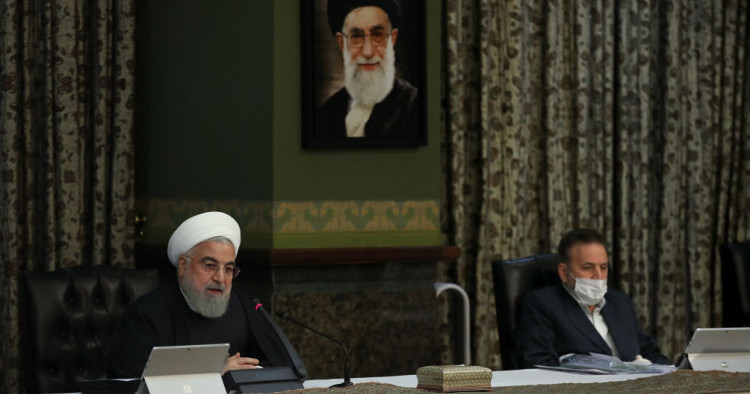 This week, which will see Iran’s presidential elections, was also supposed to mark the finale of nuclear talks among Iran, Russia, China, France, Britain, Germany, and the European Union in Vienna.

But a new deal is unlikely to be reached by Friday. The question now is what to make of this delay. In the last six rounds of talks between Iran and the world powers, one reality has rarely been disputed: Both Washington and Tehran want a diplomatic resolution. The minimum bottom line for both sides is clear as well. The Americans want Tehran to roll back its nuclear program as it agreed to do in 2015; the Iranians want the United States and its partners to end many of their sanctions on Iran, which they pledged as part of the same deal. But what about the timing of the new deal’s announcement?

Both Washington and Tehran, it seems, would rather play it cautious than prematurely announce a grand new bargain that might not hold up in the longer run. For U.S. President Joe Biden, the key is not so much to maximize domestic support for a new nuclear deal with Iran but to minimize vocal opposition to one in Washington. U.S. Secretary of State Anthony Blinken has admitted in a possible new deal, the removal of principal sanctions—Iran being able to sell its oil and receive the revenue—will open up a flow of cash to Tehran, a reality many in Washington won’t like. As part of its “good-faith approach,” Washington has already started to drop sanctions targeting the Iranian energy sector and its officials. This development alone has been flagged by critics as it will likely enable Tehran to increase financial support for its controversial regional operations. Sanctions relief as part of a new deal will, by necessity, go further.

The best counter from the Biden team is it hopes Iran will agree to additional and broader talks once the 2015 deal is revived. At this point, that is nothing more than a hope. Nonetheless, the Biden White House is banking on the fact that its most ardent critics in Washington, including those in Congress, do not actually have a credible alternative policy. All they can offer is the imposition of more pressure on Iran via sanctions. But that policy was tried under former U.S. President Donald Trump’s maximum pressure campaign, and even as it put historic pressure on Tehran, it failed to force its hand.

The closest remotely viable alternative put forward in a recent op-ed by two critics of talks, Sens. Bob Menendez and Lindsey Graham, in the Washington Post would see the United States force Tehran to accept enriched uranium from a regional nuclear fuel bank instead of enriching it itself. In what they suggested would be a “compromise” that would alleviate not only U.S. concerns but also those of Iran’s neighbors, they proposed Iran and other regional states—such as the United Arab Emirates and Saudi Arabia—give up any enrichment activities. It’s a solid idea, but the trouble is it has already been put to Tehran and rejected. Indeed, the country has always insisted on enriching its own uranium to guarantee supplies. Iran does not trust a regional bank to be dependable for ramping up its nuclear energy program, one it has invested billions of dollars in.

In short, given constraints on the U.S. side, this White House, which has finite political capital in Congress for its Iran policy, is determined not to make any inconvenient concessions during the Vienna talks. This prudence was evident in the words of Blinken when he told a Senate hearing last week that he expects “hundreds of sanctions on Iran to remain in place” even after a new deal is signed. Only when Iran “changes its behavior” will Washington agree to start considering the removal of nonnuclear-related sanctions, he promised.

Photo by Presidency of Iran / Handout/Anadolu Agency via Getty Images