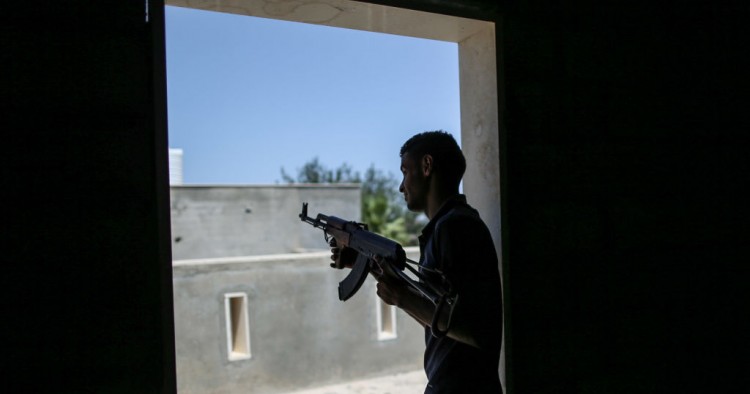 The April 4 attack on Libya’s Tripoli-based Government of National Accord (GNA) by Libyan warlord Khalifa Hifter took all other issues off the table in 2019. Costing thousands of Libyan lives and displacing 200,000 people, the attack initiated a civil war that has now lasted more than eight months with no end visible.

Hifter’s attack ended hope the UN mission in Libya had of convening a national conference to build support for essential political compromises, such as oil revenue sharing, and any path to Libya’s first national elections since June 2014. It also accelerated the proxy war on Libyan soil. As of late 2019, the foreign military presence included some 600-800 fighters from Russia, drones from the UAE, special forces from France, and weapons and military support from Egypt on Hifter’s side, and a growing Turkish presence, including drones, backing the GNA, plus forces from Chad and Sudan with uncertain allegiances. During 2019, these forces committed such offenses as attacking airports, hospitals, and residential areas and made a mockery of the UN arms embargo that officially still remains in place.

Meanwhile, militia groups with local agendas continued to clash in Libya’s west and south. Hifter arrested those in the east opposed to his efforts to impose a new dictatorship on Libya. And armed groups throughout the country carried out extrajudicial killings, abductions, torture, and executions.

Unsurprisingly, ISIS took advantage of these conditions to make a comeback three years after the U.S. and Libyan forces successfully extirpated it from controlling any Libyan territory. Libya’s resources make power sharing difficult, but not impossible, through agreement on arrangements on how to share them so that every Libyan benefits.

The question as 2019 ends is whether foreign forces supporting the conflict will rethink their commitment to military victory and instead work to secure political solutions through compromise. In the absence of such a change in policy, Libya’s civil war, and local conditions, will get worse before they get better.