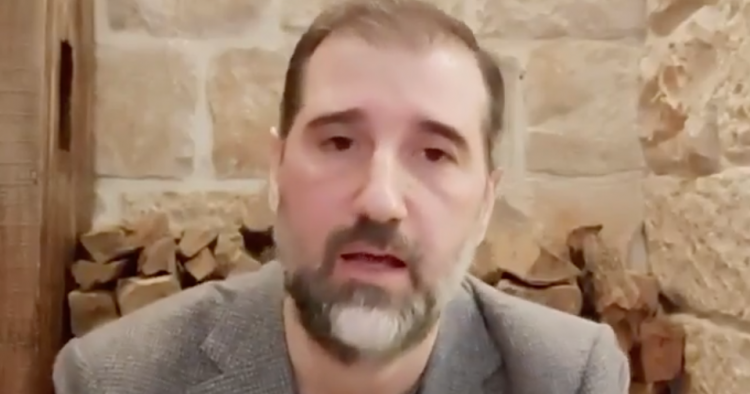 In an unprecedented development after more than nine years of crisis, Syria’s richest man, Rami Makhlouf, posted two videos on Facebook in recent days decrying what he calls an “inhumane” “attack” by security forces on his business assets. Makhlouf is Bashar al-Assad’s cousin and has been an integral component of the Assad regime since Bashar’s succession in 2000. His enormous business empire had an estimated worth of more than $10 billion before the uprising began in 2011, with extensive dealings in telecommunications, oil and gas, construction, real estate, retail, and regional trade. His financial power has been integral to regime survival in recent years, a fact that has seen him targeted heavily by American and European sanctions. His money — in this case funneled through the “charitable” al-Bustan Association — has also financed over a dozen loyalist militias across the country, whose thousands of fighters have fought offensively, held territory, and guarded Makhlouf business interests.

Makhlouf’s first video, released on Thursday night, revealed that his most valuable asset, Syria’s largest mobile network provider Syriatel, was being charged an extensive and “unfair” fee for tax evasion — an accusation he denies. In an apparent reference to rumors in 2019 that certain of his assets had been seized, Makhlouf addressed Assad directly: “I won’t embarrass you … but when I saw I was burdening you, I decided to cede my businesses.” However, he insisted that recent measures were “fabrications” being pursued by a group of regime insiders he refused to identify. That raises long-standing reports that Makhlouf was the target of a campaign being led by Assad’s brother Maher and a string of other regime businessmen, including Samer Foz and the Qaterji family. Though he insisted he would pay the $180 million being demanded of him, Makhlouf demanded that Assad be personally responsible for distributing the money, as he didn’t trust anyone else.

If the first video wasn’t shocking enough, the second escalated the situation yet further. After claiming — in a remarkably incriminating manner — that he had been “the biggest sponsor” of Syria’s notorious network of intelligence directorates throughout the crisis, he accused intelligence bodies of arresting his employees and “going after” his companies in order to pressure him to pay up. The “disgusting” campaign, Makhlouf claims, was a “violation of the law and our constitution” and the result of “orders” he attributed directly to Assad himself. In a long-winded rant, Makhlouf appeared to suggest he was close to losing faith in Assad, leaving him no other option but to “turn to God.”

Though Makhlouf’s public cries appear to have weakened his position yet further within Syria’s loyalist community, a follow-up post by his cousin Sameeh Roubh clarified an emerging sectarian interpretation of Makhlouf’s allegations: that Assad was ignoring corrupt Sunni loyalists (“neo-Ottomans”) while attacking those within his minority Alawite sect, abandoning them like “lambs to the slaughter.” For some in Syria, that sectarian line has dragged Assad’s Sunni wife Asma into the dispute, with some claiming she was leading the campaign against her husband’s cousin.

Whatever the truth behind this extraordinary public spat, the likely implications are significant. For starters, the videos are at times shockingly tone deaf, with the exceptionally wealthy Makhlouf pleading to Assad to end his financial “suffering” — underlining the ultimately self-serving nature of the regime’s inner circle. The fact that Makhlouf chose to go public heightens the stakes at play at the top of the regime and within the Alawite clan, arguably more than ever, as Syria’s economic crisis appears to be giving way to infighting and humiliating divisions. For every loyalist business mogul in Syria, the extreme fragility of their wealth has now been revealed and if Makhlouf keeps his public campaign up, the chances of him coming out of this alive are not good. More broadly and especially for the likes of Russia, this Makhlouf drama may strike an irreversible dagger blow to the Assad regime’s prospects of attracting significant foreign investment — something now of existential importance with Syria’s economy spiraling into crisis.

Charles Lister is a senior fellow and director of MEI's Countering Terrorism and Extremism Program. The views expressed in this piece are his own.