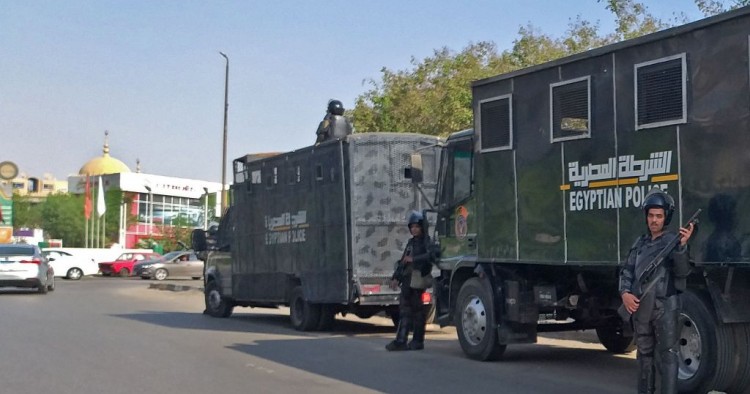 Analysis on Egypt can be complicated, possibly because it is often easier to concentrate on the details than see the big picture.

The weekend of the 23rd saw small demonstrations in approximately five governorates that had the twitterverse in an uproar and rekindled mostly moribund international interest in democracy in Egypt. The demonstrations appear to have been triggered by a call to protest by a former contractor, film producer, and actor named Mohammed Ali, who has released a series of video messages over the past few weeks alleging the government, and President Abdel-Fattah el-Sissi in particular, had wasted money on what Ali called vanity projects. Recently, he intensified the tone of his attacks, presenting himself as a whistleblower and finally, as a revolutionary, calling on people to take to the streets to demonstrate.

That weekend, a very small number of people in several governorates did just that (although Egyptians wryly pointed out that the demonstrators waited until an important football match was over, first). Many Egyptians were unaware that the demonstrations had happened at all and it’s probably fair to say that a majority considered them neither representative nor significant. The demonstrators were mostly younger men, many of whom were already in the streets after the football match. Many would have been in their late teens during the 2011 uprising — interestingly enough, those who had been present at those demonstrations were largely absent, possibly due to a wariness of the “revolt now, plan later” model for political change. The demonstrations, and, just as importantly, the relatively temperate security response to them (mass arrests but no violent attacks, shootings or deaths) came as a surprise and gave rise to a plethora of theories about conspiracies, coups, and internal revolt.

It’s almost impossible to gauge anything with any accuracy. Ali, who put his acting skills to good use in his videos, clearly struck a chord with many, particularly those for whom austerity measures have made life more difficult. However, even to people who have avidly followed his videos, he lacks credibility, often the case with those who call on people to risk their lives while remaining at a safe distance themselves. Many noted that the accusations started when he claimed he had not been paid for his contracting work. Even fierce critics of the regime describe the whole affair as “fishy.” There are rumors that he is part of a conspiracy to try unseat, or at least shake, the political status quo, although whom those conspirators might be — internal forces, the Muslim Brotherhood, foreign agents — depends on one’s personal politics or convictions. The atypical restraint of the security forces was of particular interest. Former President Hosni Mubarak allowed small, heavily policed demonstrations as a safety valve, but that has not been the case since 2013. One other, more practical explanation might be that with the president about to land in New York for the UN General Assembly, overt violence at home might not be a good look.

The restraint during the initial demonstrations, however, was followed by a wave of arrests — almost 2,000 people, according to local non-governmental organizations — multiples of those actually taking part in the demonstrations.

The follow-up demonstrations the following weekend were even smaller, possibly the most significant of which were on the small Nile island of Warraq, where residents have an unrelated but long-running dispute with the government over planned evictions. It’s impossible to tell if the shrinking size of the demonstrations was a result of ebbing enthusiasm or the massive security presence deployed.

However, while the demonstrations were small, it would be neither fair nor wise to discount them. Considering the repercussions for demonstrations, that fact that they took place at all is relevant. As is the possible resurgence of political expression in a country consigned by international opinion to apathy. There are unlikely to be any short-term ramifications, but in the long run, if the government wishes to avoid further unrest, the root causes of discontent will need to be addressed and mitigated.