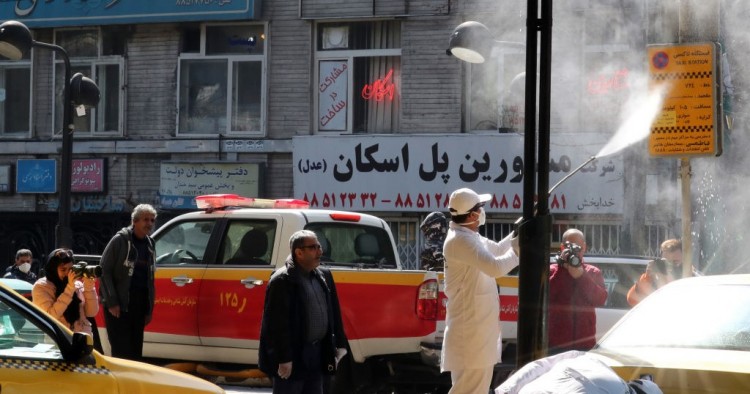 As the coronavirus continues to spread in Iran, misinformation and disinformation about the epidemic is proving a real obstacle to combating it. Much of the problem is down to senior members of the regime who are seeking to politicize the crisis.

The latest sensationalist claim is by an Iranian member of Parliament, who alleges there are two types of coronavirus in Iran. Hinting at the possibility of U.S. bioterrorism against Iran, the parliamentarian alleges that the second type is different from the first that came to Iran from China in early January. Supreme Leader Ali Khamenei and top generals in the Revolutionary Guards have also spoken in the same vein.

Such wild charges are not limited to officials in Iran but are particularly harmful there given the public’s widespread lack of trust in the government. The initial chaotic response by the central government in Tehran left so little trust that local authorities in a number of provinces have reportedly begun to prevent non-locals from visiting. From senior officials propagating conspiracy theories to hardline clerics suggesting the cure to the virus is prayer to Revolutionary Guards units taking part in the haphazard decontamination of streets, it is fair to say Iran’s crisis management has been all over the map. For a country with an advanced medical sector, the mismanaged politics of this crisis is the bigger story.

Meanwhile, the authorities in Tehran want to link the issue of Iran’s ability to combat the virus to ongoing U.S. sanctions on Iran. Foreign Minister Javad Zarif is urging the world to confront American “medical terrorism” against Iran. He has primarily Europe and Iran’s Middle Eastern neighbors in mind. As Zarif put it, there is only a collective regional solution to this crisis. Few would argue with the need for international cooperation in this instance. In the meantime, however, a more consistent and credible approach by the Iranian authorities to combat the coronavirus could go a long way to regaining the public’s trust in the central government.

Photo by STR/AFP via Getty Image