A moment of truth in Idlib 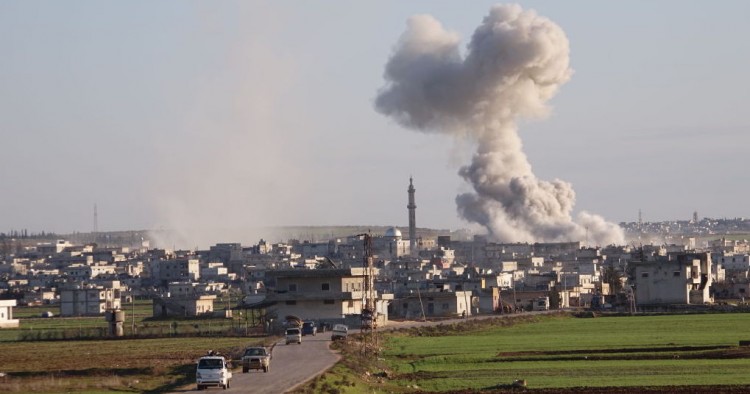 Since April 2019, the Syrian military with Russia's backing has pummeled opposition-held Idlib Province with devastating consequences. Relentless airstrikes and shelling have killed over 5,000 and displaced more than half a million people, 80% of whom are women and children, according to the UN. The regime has thus far captured half of the province and seems poised to advance further north, which would put it in artillery range to shell Idlib City. Turkey, already host to 3.6 million Syrian refugees, has reinforced its military presence in the province in an effort to halt regime advances and avoid absorbing even more Syrians. This move has placed Turkish forces in the line of fire, which to date has resulted in the killing of 14 Turkish soldiers by regime shelling. Turkey has responded in kind by striking Syrian regime positions. The tit-for-tat attacks have the potential to become an all-out conflict between Turkey and Syria, with unknown ramifications for both sides. Even if Turkey were to succeed at stopping regime advances, it would still have to deal with the presence of up to 10,000 hardline and al-Qaeda affiliated fighters in the province. This is a moment of truth for the United States regarding its willingness to prevent the collapse of Idlib and stand by a NATO ally. Failing to do so will almost certainly produce a massive humanitarian disaster that would spill into Turkey and possibly Europe.

Wael Alzayat is a non-resident scholar at MEI and the CEO of Emgage Foundation.