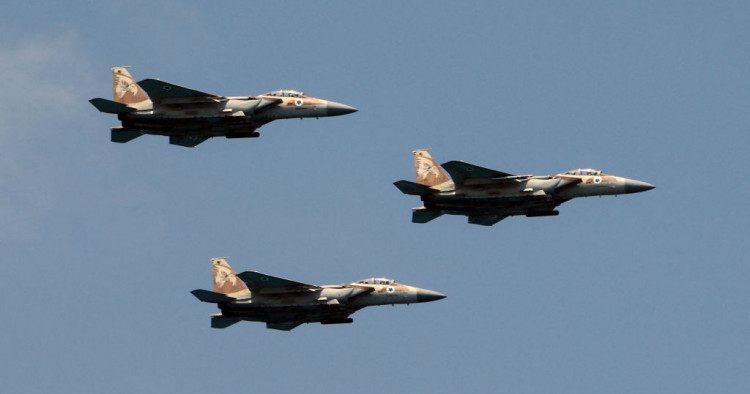 The Negev Forum is the latest attempt to engineer a regional security architecture for the Middle East, where U.S. partners and allies could work together on collective security and fill some of the gaps left by the United States’ pivot to Asia. The Negev Forum is the direct outcome of the Negev Conference, where Israel’s then-foreign minister and alternate prime minister, Yair Lapid, hosted his counterparts from Egypt, Morocco, the United Arab Emirates (UAE), the United States, and Bahrain. The inaugural summit was a success, if only for the formation of it. Cyberspace is one promising area in which Negev Forum member states could collaborate, expand the format to include more countries, and deliver tangible results. Going forward, the Negev Forum should pursue an ambitious, multifaceted Negev cyber force to defend the collective cyberspace of its member states.

The Negev Forum is a reflection of the shifting geopolitical environment in the broader Middle East. Israel’s gradual integration into the region diplomatically, politically, economically, and militarily started with the U.S.-brokered Abraham Accords. While the accords codified the existing relations that Israel had with the UAE, Bahrain, Sudan, and Morocco, they acted as a strategic launchpad for Israel’s positioning in the Middle East and beyond. The I2U2 format—comprising India, Israel, the United States, and the UAE—is founded on the Abraham Accords and the strategic alignment between the UAE and Israel. The Negev Summit’s significance is an active attempt by Israel to bring Egypt—the first and largest Arab state to normalize relations with Israel after decades of direct wars—into the Abraham Accords framework. While Jordan turned down the invitation to join the Negev conference, the United States is likely to lobby Amman to join the forum.

During the Cold War, the Middle East, like much of the world, was organized around two camps—the American-aligned camp and the Soviet-aligned camp. After the end of the Cold War, Washington became the undisputed hegemon in the Middle East and has since established strategic bilateral relations across the map. However, despite its massive power and status in the region, the United States was not able to transform its bilateral relations into a multilateral format that allowed Washington to dedicate resources adequately and empowered regional players to take on their defense against Iran. The root of this struggle to create a multilateral format in the Middle East was (and still is) the Israeli-Palestinian conflict, which not only consumed Israel strategically but slowed down its strategic integration into the broader region. Differences among Arab states were a factor, but not at the same level as the Israeli-Palestinian conflict.