Netanyahu and annexation: Will he or won’t he? 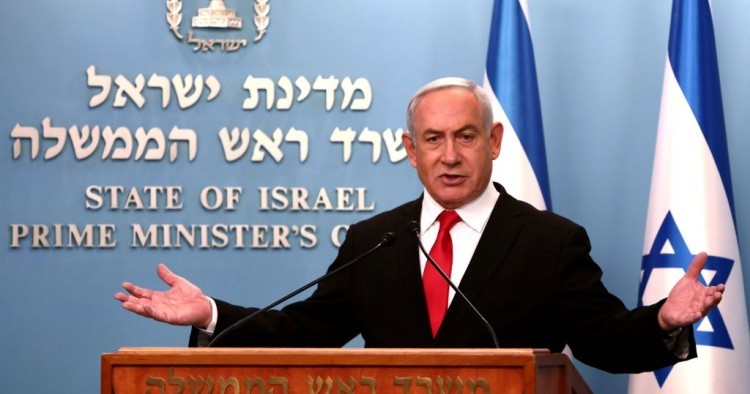 When the Donald Trump-Jared Kushner “Deal of the Century” was unveiled in January, purporting to allow Israel to annex 30 percent of the West Bank, Israeli Prime Minister Benjamin Netanyahu seemed transfixed with joy. He wanted to begin the process immediately until Kushner told him to wait.

The world has changed dramatically in the intervening five months. An election allowed Netanyahu to put together a “unity” government with the opposition Blue and White party whose leader, Benny Gantz, had sworn not to do so. The coronavirus is devastating the world (though Israel locked down early and escaped the worst) and diverting attention from the Middle East, while racial justice riots seem to be undermining Presi­dent Trump’s support. Meanwhile, a somewhat surprising assortment of organiza­tions and interest groups are lining up to oppose annexation, alongside the usual opponents.

The world community is almost unanimous in its opposition, but cannot take any action because of the certainty of an American veto in the UN Security Council. The European Union has always opposed any annexation and members are threatening trade sanctions. Many American Jewish organizations are opposed. President Trump seems surprisingly ambivalent, or perhaps distracted. Former Vice-President Joe Biden, leading in many polls, has gone on record against it, though he has yet to say that, if elected, he will not recognize it. Israel’s warming relations with many Arab states will also be thrust back into deep freeze by annexation. A senior diplomat from the UAE wrote an unprecedented op-ed in Hebrew on the front page of the mass circulation daily Yediot Ahronot warning sternly against it

The Israeli public, moreover, which had seemed overwhelmingly supportive of annex­ing areas of Jewish settlement, including the Jordan Valley, has apparently changed its mind, according to recent polls, which show that over 40 percent oppose it, while only a third support it. Even more surprising, the leadership of the West Bank settler organizations are now strongly opposing annexation because they fear that it will be taken as acqui­esc­ing to the Trump peace plan, which envisions a truncated and non-contiguous Palestinian statelet. Any hint of a Palestinian state is too much for them.

It comes down to a decision by Netanyahu. His Likud party is unanimously for it, as is the rest of the right-wing bloc. His Blue and White partners, many of whom individually oppose it, are bound by the coalition agreement to support it. Many feel that he sees annexation as his legacy; after an unprecedented five terms as premier, he has no signal accomplishment to show for it. Moreover, he has almost innumerable options, ranging from annexing a full 30 percent of the West Bank to a symbolic move that would assert Israel’s claims, but not disturb the status quo.

As usual, Israeli-Palestinian diplomacy is determined by the American electoral calendar. The coalition agreement stipulates an annexation bill can be introduced in the Knesset anytime after July 1. The window for annexation will be effectively closing the closer it gets to November, when a Biden victory seems likely.

Will he or won’t he?

Paul Scham is a scholar at MEI and the executive director of the Gildenhorn Institute for Israel Studies at the University of Maryland, where he teaches courses on the history of the Israeli-Palestinian conflict. The opinions expressed in this piece are his own.