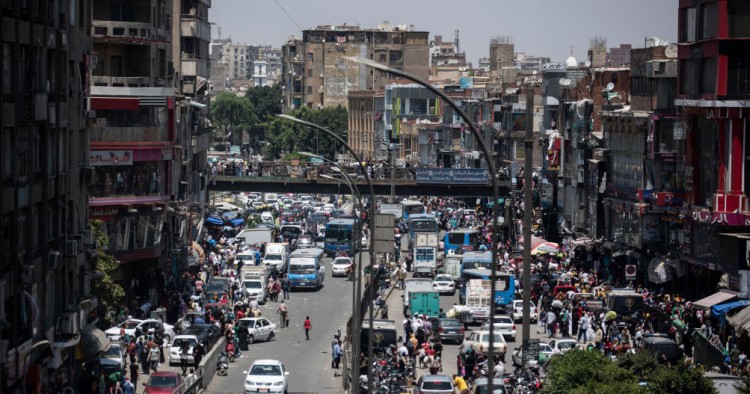 Amid socially and economically frustrating conditions due to the pandemic, Egyptians may soon have another trial to weather: more austerity measures. For a people who are already struggling with the effects of the last round of austerity measures, which were a side effect of an IMF-backed economic reform program and loan, the new measures will likely be an especially bitter pill to swallow.

The economic fallout of the pandemic is going to kick away support struts the world over and Egypt is no exception. Over a year or so after announcing that it would be turning to the IMF only for technical assistance but not for loans, Egypt has had to get in line with a host of other countries for IMF financial assistance. The country is asking for an as yet undisclosed sum under the IMF’s Rapid Financing Instrument and its Stand-By Arrangement, that same financing arrangement that it had unsuccessfully applied for between 2011 and 2013. This time, however, the IMF has already indicated that it is very likely to approve the loan. This wasn’t particularly surprising, considering that Egypt had, only a few months ago, successfully pulled off an economic reform program linked to a $12 billion IMF loan, under the Extended Fund Facility mechanism. Such loans are typically employed in countries that badly need structural reform and are bogged down with sluggish growth and weak balance-of-payments positions.

The problem is, there are significant socioeconomic costs associated with such loans. The last one left Egyptians squeezed by rising inflation (which, to be fair, the government did succeed in lowering), resulting in price hikes almost uniformly across the board. Slashed subsidies to bring down debt meant more expensive fuel, which raises the price of almost any commodity you care to name. The flotation of the Egyptian pound resulted in a depreciation of almost 50 percent against the dollar, with corresponding price hikes. The austerity measures disproportionately hit those with lower incomes. The poverty rate climbed almost five percent. While this was not as startling as it first appears — poverty has been steadily climbing for at least two decades for a variety of reasons; considering the devaluation, the percentage hike was surprisingly modest; and, according to government figures, almost 60 percent of those under the poverty line were to be covered by the cash transfer programs, Takaful and Karama — it’s still a serious socioeconomic fault to be addressed.

The new loan will mean more strain. For those watching the economy, there are clear indications of the government’s thinking. It did move swiftly to try alleviate the economic fallout but there are areas where it will not budge. Fuel subsidies, for example; while the more expense fuels received slight cuts, the price of diesel fuel remains untouched. That’s because diesel accounts for almost double the usage of all other fuels combined, which means it’s the biggest strain on the budget. Keeping the budget down will help maintain the country’s credit rating and make it easier to borrow at favorable prices. It isn’t that the government isn’t aware that rising fuel means rising prices, it’s that it is in a position where higher inflation is the least bad option.

However, there are likely to be more ramifications. The state budget presented to Parliament on April 20 showed expenditure on “social spending” (subsidies, health care, cash transfer programs, salaries, etc.) either held steady or showed weak, or even negative growth. Despite an unprecedented global slump, this is hardly an ideal time to cut into social spending. With over 11 million people in Egypt classified as part of the informal economy, without access to pensions, contracts, health insurance or any steady income, social support is an absolutely essential lifeline. Health care, too, appears to be in line for a cut — something of a bizarre development during a pandemic.

Egypt has consistently set a high store by economic development, equating it with stability, and prior to the pandemic, the government had been doing a good job on the macroeconomic front. While these gains may be severely damaged by the global downtown, it is up to Egypt’s government to cushion its most vulnerable citizens from the fallout. Otherwise, it may be left without the benefits of the growth it desires or the stability it needs.