Is a new round of US-Iran escalation in the cards? 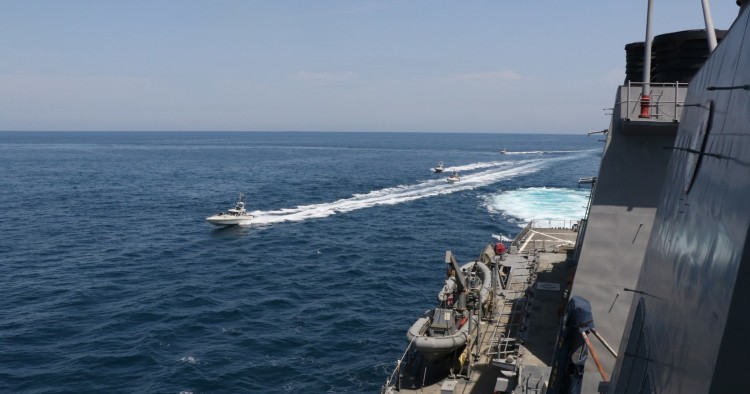 It has been almost a year since the U.S. and Iran began a cycle of tit-for-tat retaliations across the Middle East. Last week’s face-off between the U.S. and Iranian naval forces in the Persian Gulf was a stark reminder of the ongoing volatility of the situation. This latest cycle of tensions began in May 2019 when four commercial ships were attacked in the Gulf of Oman. Iran denied responsibility for the attack, but it was the most likely culprit. It had, after all, a motive.

The attacks began a year after the Trump administration imposed the most severe sanctions regime any country has ever experienced. Tehran’s message to the world was as plain then as it is now: Iran has no intention of surrendering to Washington and its regional allies without a fight. As part of this escalatory trend, among other events, the Iranians shot down a U.S. RQ-4A Global Hawk drone in June and the U.S. assassinated Iran’s top military figure — Gen. Qassim Soleimani of the Quds Force — in January. At each turn, Tehran and Washington were on the brink of a broader military conflict but pulled back.

There is speculation in Tehran that a new round of dangerous retribution is just around the corner. The Iranians, particularly the generals in the Revolutionary Guards that see themselves as the vanguards of anti-Americanism across the Middle East, believe Washington views the Islamic Republic as close to capitulation due to a long list of domestic and foreign challenges. This is why the Revolutionary Guards anticipate what they call American “provocations” in coming weeks and months. But they seem to expect the next round of tensions with the Americans will shift from Iraq to the waters of the Persian Gulf.

After all, neither Iran nor the U.S. wants to risk their regional competition leading to a further weakening of the Iraqi state, which is already desperately debilitated. That appears at least to be the reading in Tehran. Recent claims by the Revolutionary Guards about the deployment of new anti-ship missiles with a longer range are part of this show of force. The Trump administration has vowed to weigh its options as it wants to find a way to force the Guards to back down. If so, this ominous new cycle of tit-for-tat might not be as manageable as the last round, even if it is for now just a muscle-flexing competition as neither side really wants outright war.

Alex Vatanka is a Senior Fellow and the Director of MEI's Iran Program.