Once again, an elected Pakistani government is being pressed to resign 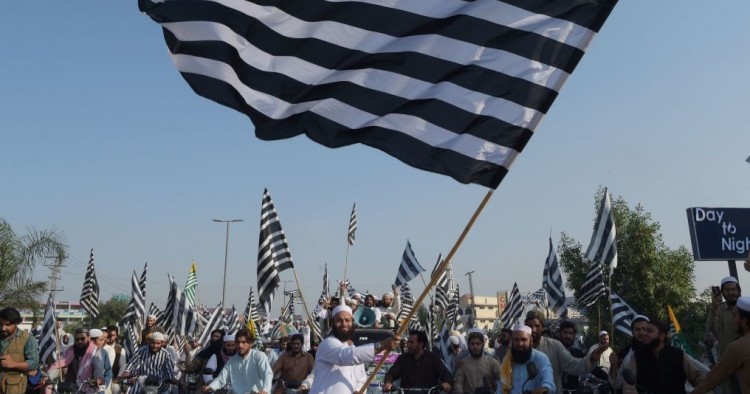 In a fashion so familiar in Pakistan, an elected government is being pressed to resign. Although Imran Khan has been in office for only a little over a year, his critics are hoping to force a new National Assembly election. Billed as an “Azadi March,” a five-party Islamic coalition led by Maulana Fazlur Rehman, party chief of the Jamiat Ulema-e-Islam (JUI), left Karachi yesterday for Islamabad, where it plans to demonstrate against the government. While not actively participating, the country’s two largest opposition parties, Nawaz Sharif’s Muslim League (PML-N) and the Pakistan Peoples’ Party (PPP), have endorsed the march. Demonstrations have been allowed to go ahead, albeit restricted, but only after the courts had overruled attempts by the government to ban them.

So what lies behind the opposition’s campaign? The JUI and PML-N continue to insist that last year’s parliamentary elections were rigged. But the opposition’s case against Prime Minster Khan largely rests on the accusation that his government has “made people’s lives miserable.” The economy, which was struggling when Khan came to power, has deteriorated further under his watch and has eluded bankruptcy only thanks to Khan’s success carrying the begging bowl around for loans principally from Saudi Arabia, China, and the IMF. Inflation and unemployment have sharply risen, and the Khan government is heavily criticized for incompetence. Agricultural policy and the allotment of funds to the provinces have also faced criticism. Some charge that only in Khan’s dogged pursuit of his political enemies for corruption has he lived up to his campaign promises.

The Khan government acknowledges some of the opposition’s complaints but asserts that it needs more time to address the country’s problems. It criticizes the protesters not only for seriously diverting attention at a time when the prime minister has embarked on a campaign to increase awareness abroad of India’s constitutional and security actions in Kashmir, but also, supposedly, as being backed by foreign elements. Seriously lacking from the opposition parties — with little in common and generally unpopular — are alternative policy agendas. While there is probably zero chance Khan will step down, efforts will persist in trying to delegitimize those in power because this is what Pakistan’s opposition parties seem best programmed to do.