A perfect storm has hit Iraq 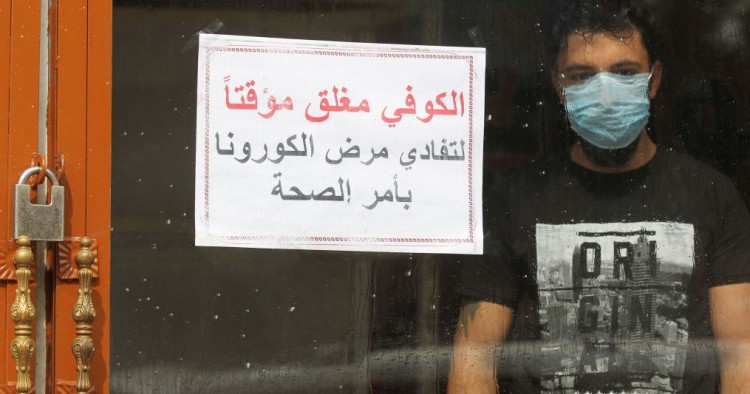 A perfect storm has hit Iraq. Political paralysis has already led one prime minister designate to withdraw his candidacy and yesterday, seven Shi’a political parties failed to reach an agreement on a replacement, thus opening the door constitutionally for Iraq’s president, Barham Salih, to nominate a new candidate for the position. The coronavirus epidemic has forced the Iraqi government to declare a 30-day state of emergency in the country and a one-week curfew in the capital, effective tomorrow night. Tumbling oil prices have prompted the government, which depends on oil revenues for 95 percent of its income, to shelve its development projects, including in the energy sector, and borrow money to pay public salaries.

Add to this an expanding military escalation between the United States and Iran-linked Iraqi armed proxies, which included two rocket attacks last week on an Iraqi base housing U.S. service members, resulting in the deaths of two Americans and one British soldier, as well as the wounding of three Americans and two Iraqis. Following the first attack, the U.S. carried out retaliatory airstrikes against sites controlled by Kata’eb Hezbollah, an Iran-linked Iraqi non-state armed group that U.S. military officials blamed for the attack that killed American service members. These Iran-linked Iraqi militias are wedded to the cause of pushing U.S. forces out and they have now entered a new phase in their “resistance” campaign to achieve that goal. This means that we will likely see more such attacks on U.S. service members stationed in Iraq, once again opening the debate as to whether U.S. forces should stay in the country and what their continued presence on the ground in the face of these increasing threats can achieve.

These latest developments, along with an ongoing campaign of assassinations and physical harassment targeting civil society activists, are making it increasingly difficult for the months-old protest movement to sustain its momentum. Despite its failure time and again to meet Iraqis’ demands for good governance, the post-2003 political system has proven to be resilient, with ruling elites staying united around the objective of maintaining the status quo in the face of waves of citizen protests that have taken place recently and in the past. This system is neither willing and/or able to reform itself, nor is it so far susceptible to pressure for change from the grassroots.