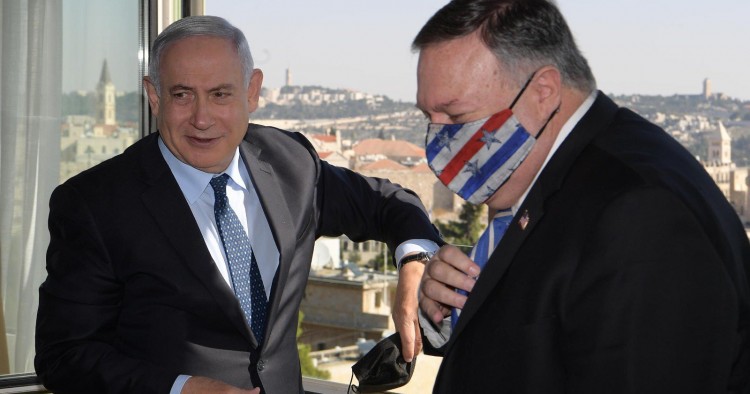 Secretary of State Mike Pompeo made history this week by visiting two Israeli settlements, the Psagot winery located on the outskirts of Ramallah in the heart of the Israeli-occupied West Bank, and the City of David located in the Palestinian neighborhood of Silwan just outside Jerusalem’s Old City, the first ever such visits by a sitting American secretary of state. The visits were clearly aimed at legitimizing and normalizing Israel’s settlement enterprise, which is considered illegal under international law, in keeping with the administration’s approach of the last three years.

Palestinian officials roundly condemned Pompeo’s visit, which they said “blatantly violates international law” — which of course is precisely the point. Since recognizing Jerusalem as Israel’s capital in December 2017, upending decades of U.S. policy and broad international consensus, the Trump administration has worked assiduously to eliminate international norms, including the principle of the inadmissibility of acquiring territory through force, and destroy any last vestiges of a two-state solution.

Pompeo’s latest gesture however went further than anything we’ve seen thus far and may not be easily undone. Unless the incoming Biden administration is prepared to reaffirm the centrality of international law and Palestinian rights as firmly and as explicitly as Trump has sought to eviscerate them, all of which entail a political cost, Trump’s scorched earth policies could yet succeed.