As the prospects for a deal recede, Yemen may be set for more turbulence 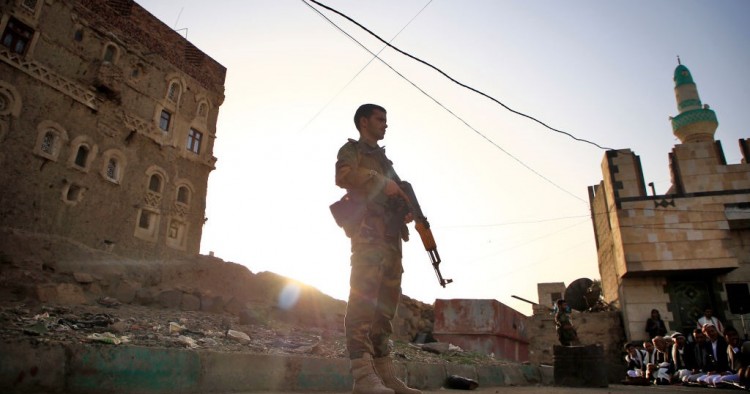 By the end of 2019, the main parties in Yemen's conflict were exploring prospects for de-escalation. Backchannel negotiations between Saudi Arabia and the Iran-backed Houthi movement brought with them hope for a nation-wide mediation process that would facilitate powersharing between Yemen's government and the Houthis. However, the prospects of such an agreement now hang in the balance pending Iran's response to the Jan. 3 assassination of Gen. Qassem Soleimani of the Revolutionary Guards. As Iran vows to avenge Soleimani’s killing, it is expected to do so through asymmetrical warfare tactics that would require the cooperation of its proxies in the region.

In the aftermath of the U.S. operation, the Houthis expressed solidarity with their Iranian backers, vowing that "Soleimani’s blood will not be wasted." As the Houthis consider themselves an essential player in Iran's "Axis of Resistance" network, their role will naturally focus on pursuing anti-Saudi operations as a blow to America's allies in the region.

Delays in achieving a peace deal will have consequences throughout Yemen, especially if the Houthi's power remains unchecked. The possibility that they will resume their military expansion to the South of Yemen or tighten their grip on Taiz, Yemen's third-largest city, remains high. The Houthis’ interest in destabilizing the South was made clear in the multiple drone attacks they launched into southern territory last year. Regaining control of the South, an area to which the Houthis have no historical or sectarian claim, would grant Iran access to the Bab el-Mandab strait and expand its sphere of influence in the Middle East.

Unfortunately, with the war in Yemen entering its sixth year, a delayed peace process is going to add a burden not just on the humanitarian situation, but on the ability of Yemen's government and the Saudi-led coalition to provide security and economic assistance to the areas under their control. The UN envoy must attempt to find a new agreement among all parties that would preserve the security and sovereignty of all territory, especially areas currently free or desiring to be free from non-state actors. Without guarantees that the Houthis will not expand in the same fashion they did after the UN-brokered Stockholm Agreement, Yemen's situation could become more turbulent and chaotic. Absent sustained steps toward de-escalation, the conflict could yet endure for years to come.

Fatima Abo Alasrar is a Non-Resident Scholar at the Middle East Institute.