Qassem Soleimani and the Iranian regime’s quest for legitimacy 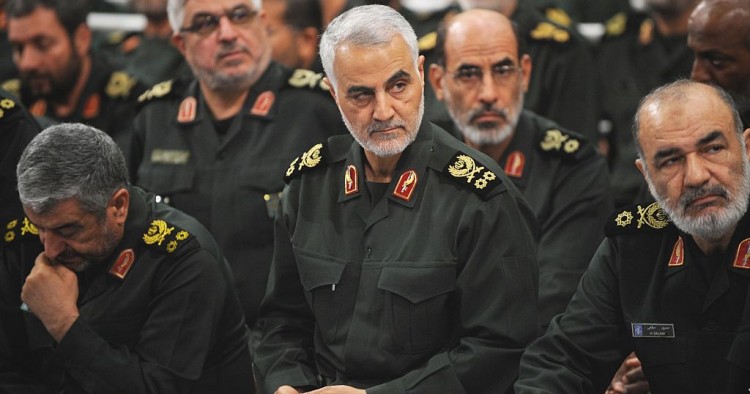 If there is one Iranian military figure that can be considered an international celebrity of sorts, it is General Qassem Soleimani. He is the head of the Quds Force, the arm of the Islamic Revolutionary Guard Corps (IRGC) that operates outside of Iran’s borders. Soleimani was appointed to the role in 1997 and until a few years ago remained almost invisible. He was the man who spearheaded Iran’s anti-Taliban efforts in Afghanistan in the 1990s, organized Iraqi Shi’a militias after Saddam Hussein’s fall in 2003, and went to the rescue of Bashar al-Assad when the Syrian civil war broke out in 2011.

This week, Soleimani gave his first ever lengthy public interview, focusing on Iran’s role in the 2006 war between Lebanese Hezbollah and Israel. There were no major surprises in what Soleimani said about the conflict, but that was not really the point. The timing suggests that Soleimani and his brothers-in-arms in the IRGC, backed by Iranian Supreme Leader Ayatollah Ali Khamenei, feel the need to reassure the Iranian people that their policies will not drag Iran into a nightmarish military conflict with the U.S. and its regional allies.

Soleimani’s not-so-subtle message in the interview was that the best defense is a good offense. In other words, to neutralize the threat of U.S. policies, including sanctions and the deployment of military forces to the region, Iran should not retreat. It should continue its regional policies, in Lebanon, Iraq, Syria, Yemen, and elsewhere, because this constitutes a policy of offense. Without it, if Iran chose to pull back from the region, an American policy of regime change would be that much easier to achieve. Or so Soleimani seems to believe.

For this stalwart solider-ideologue, it is outside of Iran’s borders, in the fight against the regime’s opponents, where the Islamic Republic bolsters its legitimacy. His critics might even suggest that such talk is an open admission by Soleimani that Tehran is fueling tensions in the region — such as the recent attack on Saudi oil facilities — in the hope that it can prolong the Islamic Republic’s lifespan by deterring its rivals.

Regardless of the merits of a policy of offense, also called “forward defense” in Tehran, Soleimani’s quest for regime legitimacy outside of Iran’s borders is fraught with omissions and risks. Nothing is more glaring than the fact that the average Iranian has very little to gain from it. Iranian society today is struggling with far more acute problems than merely the impact of U.S. sanctions. Four decades on from its founding, the Islamic Republic has lost the trust of its own people, which numerous Iranian officials openly admit. Systematic corruption, rampant unaccountability, and the imposition of draconian political and social laws on a society that cannot see its values reflected in the actions of the minority ruling elite are just a few examples of the long list of grievances by the Iranian people.

A couple of days before Soleimani’s interview aired in Tehran, a new Iranian opposition organization was established in London. The “Transition Council of Iran” claims not to have a party-political manifesto. Its top membership draws from the ranks of republicans, monarchists, and leftists, as well as other political leanings. The council’s only mission is to prepare Iran for the day after the Islamic Republic is toppled. Such opposition efforts have happened before and the Islamic Republic is still standing. But the Iranian opposition senses an opportunity and rightly so. It is no exaggeration to say that the distance between the average Iranian and the Islamic Republic has never been as great as it is today. And Soleimani and his ilk are looking in the wrong place in their quest for legitimacy.