The rise of non-state actors in Yemen 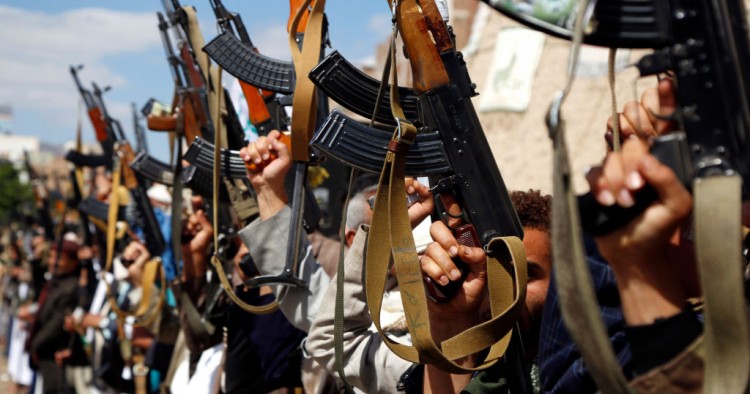 Throughout 2019, non-state actors in Yemen were able to strategically improve their overall positions by using tactical military interventions and mediation efforts to their advantage. In the North, the Iran-backed Houthi militia, which overthrew the government of Abed Rabbo Mansour Hadi in 2014, re-asserted their monopoly of violence over civilians in the areas they controlled and stretched themselves further beyond. The expansion was an unintended result of a flawed cease-fire in the port of Hodeida that could not hold the Houthis accountable for violations or prevent escalation. In the South, Yemen's government faced a new challenge as the Emirati-backed Southern Transitional Council (STC) and local groups threatened to separate due to state failure in delivering security and public services.

Over the course of the year, the UN-brokered Stockholm Agreement reached in December 2018 failed to meet expectations: Delays, half-measures, and violations by the Houthis were generously accepted in the spirit of keeping the deal alive. For example, the Houthis never actually handed over the port management of Hodeida to an independent authority, and they stalled and ultimately refused to end their blockade of Yemen's third-largest city, Taiz. Furthermore, they also pursued prisoners exchanges on their own timeline to seek specific deals with Yemen's government and Saudi Arabia, and not necessarily per the UN-brokered deadline. The benefits that the Houthis reaped from the Stockholm deal strengthened their control and position in Yemen.

The Houthis also increased their attacks on Saudi Arabia, with repeated strikes on Abha airport in the south of the kingdom that ultimately led to casualties, and further attacks on oil installations. The Emirati announcement that it would withdraw from Yemen this year appears to have stemmed from security and economic considerations following Houthi threats to launch drone attacks on the UAE.

The rise of non-state actors' confidence, power, and ability to threaten regional and international interests would not have occurred without significant policy blunders and inconsistencies in dealing with the multiple threats facing Yemen and the region. Primarily, the Houthi militia has doubled down on its military activities within the country and attacked government controlled-areas around the strait of Bab el-Mandab, which connects the Red Sea with the Gulf of Aden. Houthis eagerness in controlling this strategic outpost would have allowed them to threaten international maritime security.

Moreover, the Houthis' drone attacks on a military parade in January and August in the South of the country, which targeted southern leadership, demonstrated their expansionist agenda within Yemen and ambition to control important sea routes to gain more power and leverage.

The Houthis' current position is also further encouraged by Saudi airstrikes on civilian targets, which, although they are decreasing, have still caused international outrage. The most devastating airstrike hit a camp of prisoners detained by the Houthi militia, most of which were on the Yemeni and Saudi coalition side. Such errant airstrikes and the longevity of the military intervention are increasing international calls for an end to Saudi involvement and a halt in Western arms sales to the kingdom.

On the southern front, the Saudis facilitated a deal between Yemen's government and the STC, which despite all its flaws, averted a civil war. The role that the Saudis played in stopping this conflict gave rise to new overtures for negotiating a cessation of hostilities with the Houthis. Recent diplomatic exchanges between the Saudis and the Houthis, as well as the high-profile visit of Saudi Defense Minister Khalid bin Salman to Muscat, could result in a change in the outlook for Yemen's conflict.

Overall, next year carries with it a hope for a slowdown in Yemen's conflict, but whether this will be good for long-term stability or the humanitarian situation is yet to be determined. The internal, regional, and international dynamics, such as the inconsistent attitude of the U.S. toward Iran, Iran’s relationship with the Houthis, the Saudis’ inability to protect their oil facilities from Iranian-supplied drones, and the Houthis' increasing control of the country, have all led the Saudis and Emiratis to reassess their position. With the realization that domestic actors, such as the Houthis or the STC, are in this conflict for the long haul, the regional backers of Yemen's government feel that they cannot sustain their support indefinitely.

Fatima Abo Alasrar is a Non-Resident Scholar at the Middle East Institute.