Saudi makes cautious moves in Yemen, but remains far from a settlement 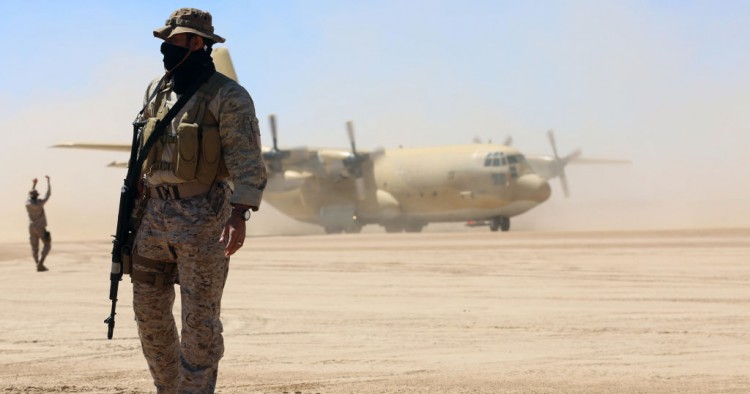 The Saudis made their first cautious moves to disentangle themselves from Yemen but remain far from any settlement. In response to an earlier announcement of a unilateral ceasefire by the Houthis on the fifth anniversary of their entrance into Sanaa, Saudi Crown Prince Mohammad bin Salman said that a settlement in Yemen would be far easier if the Houthis abandoned their Iranian backers. His comments come after the Saudis announced a partial ceasefire covering some areas in Yemen, but Saudi planes attacked Houthi positions in northern Yemen along the border as if to emphasize that it is only a partial ceasefire.

The Saudi moves come as their regional position has deteriorated. The Houthi ceasefire came a week after the attack on the Aramco facilities that revealed stark vulnerabilities in Saudi defenses, which the Pentagon’s deployment of an additional 200 troops are unlikely to overcome. More worrisome for the Saudis is the collapse of their grand Arab coalition against the Iranians. The blockade of Qatar has only pushed the Qataris toward the Iranians, and the unshakeable Emirati-Saudi coalition in Yemen unraveled in late summer when the UAE announced their intention to draw down their forces in Yemen. The UAE appeared to reconcile with the Iranians by signing a joint security agreement for the Gulf waters, and in Aden the Emirati-backed separatists in southern Yemen remain entrenched after expelling the forces of the Saudi-backed Hadi government from their temporary capital. The Saudis sponsored talks in Jeddah to repair the tear in the anti-Houthi coalition in southern Yemen, but their own Hadi rejected any settlement with the Emirati-backed Southern Transitional Council until it withdrew its forces from Aden, an unlikely scenario.

As if to punctuate Saudi weakness, the Houthis announced the capture of an entire brigade of Saudi-led forces in Kitaf in northern Yemen. The announcement came a month after the battle, but the timing appeared designed to add pressure on the Saudis to recognize Houthi permanence in Yemen and negotiate a settlement. The Saudis may be thinking seriously about doing so, but real negotiations are still long away.

Dr. Charles Schmitz is Non-resident Scholar at MEI and a Professor of geography at Towson University in Baltimore, Maryland.