Sudan’s difficult transition to democracy, one year on 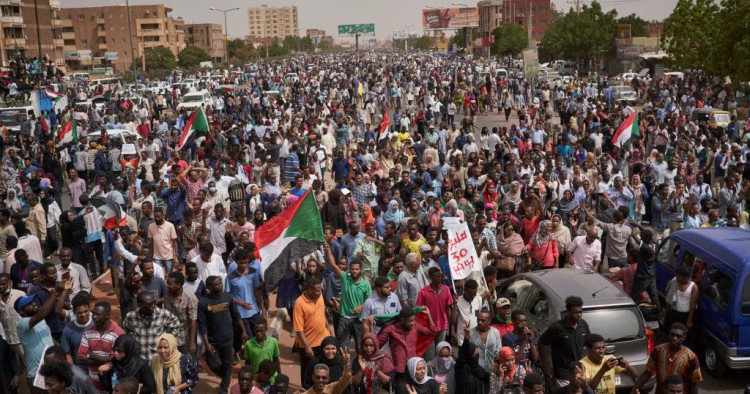 On June 30, thousands of Sudanese protesters took to the streets on the first anniversary of their country’s revolution. The demonstrators are angry about the economic situation, which has not improved much since the downfall of long-time President Omar al-Bashir last year. Recently, Sudan’s donors pledged $1.8 billion in aid to Khartoum, which falls short of the $8 billion Prime Minister Abdalla Hamdok needs to rescue the country’s economy. The double whammy of the economic fallout of COVID-19 and a lack of sufficient support from international donors is putting enormous pressure on PM Hamdok’s government, which is struggling to build domestic political capital among the Sudanese public.

While Hamdok’s government enjoys international support, as the donor conference made clear, IMF assistance to Khartoum is contingent upon implementing economic reforms, including the removal of subsidies and a shift toward a cash-transfer model. Such a move is not without risks, however; it could increase the rift between the government and the public or even provoke social and political unrest, which would complicate the already-challenging political transition toward a full functioning civilian democracy.

Furthermore, the civilian faction in the transitional council is in a power struggle with a robust military faction that enjoys regional support from the Arab Gulf states. Within the military camp itself, a power struggle is playing out between the Armed Forces led by Abdel Fattah al-Burhan and the Rapid Support Forces (RSF) led by Mohammed Hamdan Dagalo over control of the military establishment and who could potentially govern the country in the event of a crisis. Additionally, the economic and political realities in Khartoum are paving the way for a slow and gradual return of figures from the Bashir regime and are adding further complexities to the ongoing peace talks with revolutionary movements in Darfur, the Nuba Mountains, and the Blue Nile.

Ultimately, the success of the transition in Khartoum hinges upon Sudan’s removal from the U.S. list of state sponsors of terrorism, inclusion on which has isolated the country from the world economy since the 1990s and limited its access to much-needed resources from global institutions. Despite international support for Hamdok’s government, there are doubts about the U.S.’s willingness to help Sudan in its difficult transition to democracy.

Mohammed Soliman is a non-resident scholar at MEI. His work focuses on the intersection of technology, geopolitics, and business in the Middle East and North Africa. The views expressed in this article are his own.