Swings and roundabouts for Egypt in 2019 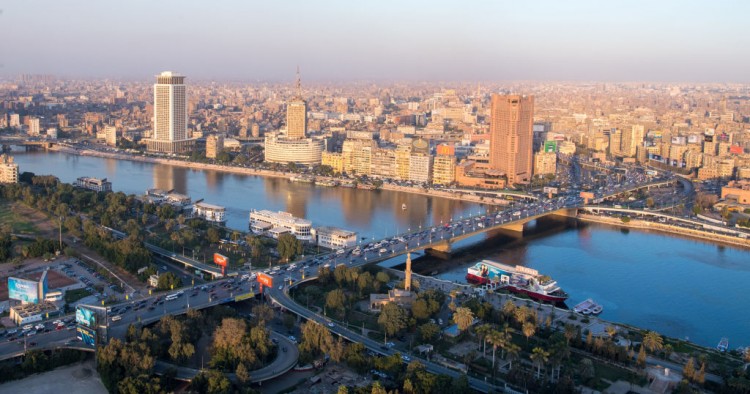 Egypt’s year has been as hectic as a frog jumping from one lily pad to another.

On the economic front, there were ups and downs, as the overall rosier-looking economic picture came at the expense of many of Egypt’s citizens. The IMF-mandated austerity program led to slashed subsidies and lowered interest rates, which raised prices for consumers and cut into savings rates. The poverty level rose to 32.5 percent, up from 27.8 percent in 2015. This was hardly surprising, given the liberalization of the pound in 2016 and the slashing of subsidies, and the fact that Egypt’s poverty rate has been rising steadily over the past two decades, due to a mix of the sectoral composition of economic growth and inequality of income distribution. Under Egypt’s present government, the reforms have stabilized macroeconomic indicators in a big way — huge external and domestic imbalances were corrected, reports indicated that the fiscal deficit, already down, is likely to decrease significantly over the next couple of years, and the economy is expected to grow at 6 percent in 2020 — but they have yet to create the necessary jobs.

On the domestic front, the state continued to consolidate power. Constitutional amendments in 2019 resulted in an increasingly hobbled judiciary and further restrictions of freedom of expression. A series of very small demonstrations in September, in which barely 600 people nationwide took part, over two weekends, led to the arrests of more than 4,000 people. That heavy-handed security overcompensation had the unlikely results of unearthing some decision-making processes. Mahmoud el-Sisi, a senior official in the General Intelligence Service and, incidentally, the son of President Abdel-Fattah el-Sisi, was generally understood to have been responsible for the handling of the demonstrations. On Nov. 20, Mada Masr reported that he was being reassigned to a long-term position in Egypt’s diplomatic delegation in Moscow. Shortly afterwards, Mada Masr’s offices were raided by plainclothesmen who refused to identify themselves, and three staff, including the editor-in-chief, were arrested. Egypt’s journalists have long been under siege but this event was of particular note since the perpetrators remain under wraps. Informed sources confirmed that the raid was not ordered by State Security or the Presidency, and this seemed to be confirmed by the fact that the three journalists were released three hours later.

Egypt’s foreign policy architects have spent the year putting out flash fires for which they largely had no responsibility. The country watched the Sudanese revolution with trepidation, not as has been suggested because it was keen to have another military government on its borders. Apart from historic ties, Sudan’s welfare is of vital importance to Egypt; they share a water source and there are over 3.5 million Sudanese in Egypt, mostly refugees.

Egypt caught a break in October when the U.S. intervened in the interminable talks between Egypt, Ethiopia, and Sudan over the Great Ethiopian Renaissance Dam, which threatened to cut off Egypt’s Nile access, and 97 percent of its fresh water supply. By mid-December, though, Egypt, and the rest of the world, was watching a new drama unfold in Libya, with Turkey stressing its willingness to send troops to Libya to “defend Tripoli” in light of a maritime border and security agreement between Turkish President Recep Tayyip Erdogan and the head of the Libyan Government of National Accord, Fayez Serraj. That agreement, which was rejected by the Libyan parliament, is likely to put Turkey in conflict with Cyprus, Egypt, Greece, Israel, Italy, and Jordan, all members of the Eastern Mediterranean Gas Forum, and runs a real risk of regional flare-up.