Syria: Turkey and Russia face off — or not 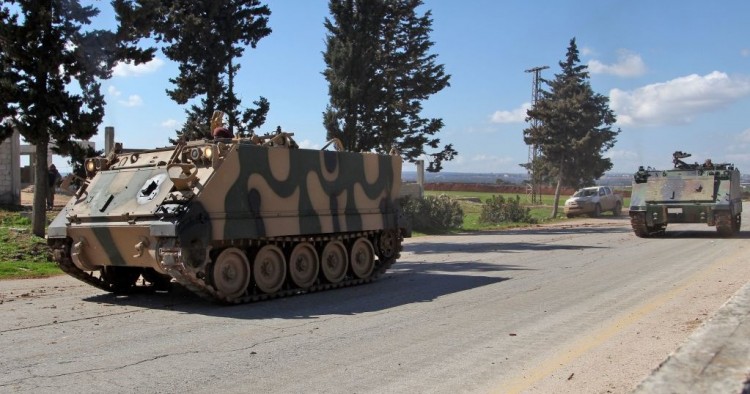 Syrian government forces and Turkish-backed opposition fighters fought Monday in the key transport hub of Saraqeb in northwest Syria’s Idlib Province. The Syrian government’s immediate objective is to secure the highway through Saraqeb that links Aleppo to Damascus. Strong Turkish intervention has slowed, and in some locales reversed, Syrian army gains in the province over the past month. On March 1 the Turkish defense minister formally announced the Turkish ground and air intervention operation that had already started last week. Turkey is stronger than the depleted Syrian army, and it shot down two older Syrian warplanes on March 1, while its drones and missiles have pounded Syrian ground forces.

Syria’s ally Moscow has appeared indecisive since a Russian airstrike killed dozens of Turkish soldiers in Idlib on Feb. 27. On Feb. 28 Russia blocked a UN call for a cease-fire in Idlib. On the ground, however, the Russian air force avoided attacking Turkish forces again and did little to stop the Syrian opposition counterattack over the weekend. On March 2 Moscow confirmed that Russian President Vladimir Putin would meet Turkish President Recep Tayyip Erdogan on March 5. Moscow’s restraint suggests that President Putin will accept a Turkish slap to his credibility as an ally to the Syrian government; Putin does not want a complete break with Ankara. Putin may anticipate that Assad will be more malleable after the Turkish pounding of his forces so that the March 5 meeting can produce a cease-fire in Idlib and perhaps launch a broader process to end the war in western Syria. Meanwhile, Turkey is encouraging Syrian refugees to leave Turkey for Greece and Europe to stir Europe to help against the Syrian government and Russia. As thousands of refugees assembled along the Aegean Sea and Greek land borders, Greek forces reacted sternly, shooting a young refugee to death on March 2.