A tale of two narratives for Pakistani PM Khan 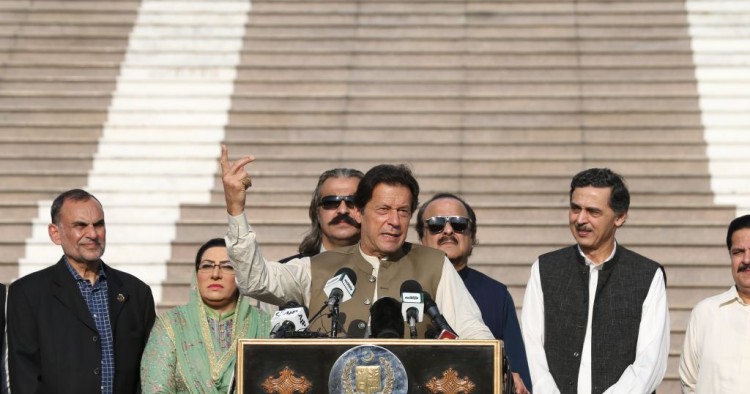 Imran Khan’s first year in office is a tale of two narratives. His government has presided over an economy that has gone from bad to worse, and Pakistan has barely survived being placed on a multinational black list for lax control over terrorist financing. At the same time, the prime minister has energized Pakistan’s foreign policy and acquired regional stature of a kind not seen for four decades.

Over the last year, inflation has climbed into the double digits, hitting Pakistan’s least well off especially hard. The rupee has lost a third of its value against the dollar, while tax collection has fallen well short of that demanded by the IMF for its $6 billion loan. Foreign investment and exports have dropped as well, and if the balance of payments deficit has also declined, it is only because Pakistan cannot afford its imports. The country’s growth rate has sunk from 5.4% to 3.3%, well below what is needed given the growing unemployment and millions of young people entering the job market every year. Additionally, starved for resources, Khan’s promised massive welfare program to uplift the lower classes has been slow to get off the ground.

All the while, Khan has found an opportunity to shine following Indian Prime Minister Narendra Modi’s decision to rescind articles of the county’s constitution that granted Indian-administered Kashmir unique constitutional status within India. Although not particularly known for championing the Kashmir cause, Khan has taken the helm in exposing on-going human rights violations by Indian security forces and has led Pakistan’s vigorous campaign to enlist international support in condemning Modi’s action. On Afghanistan, a Pakistan government long accustomed to being criticized as an obstacle to reaching negotiated peace with the Taliban has won praise in Washington and elsewhere for its cooperation in facilitating the talks. Regionally, with Riyadh and Tehran seemingly ready for a cooling down in their bitter adversarial relationship, Khan has emerged as a plausible intermediary. A Trump administration similarly eager to reduce tensions in the region has also turned to diplomacy using Khan as a possible mediator. But for all of the prime minister’s reputational gains abroad, it is Pakistan’s economy that will determine his political future.