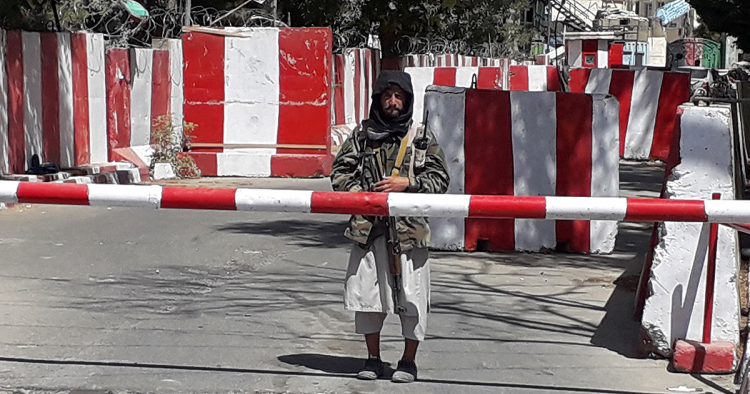 The Afghan government appears to be in a state of precipitous collapse. At least a dozen provincial capitals have fallen to the Taliban in a week. The Taliban now control around 66% of the country. When President Joe Biden announced the U.S. withdrawal four months ago, that number stood at 15%. As the dominos fall, this week’s worst-case intelligence assessment that Kabul might fall within 30 days looks to have been decidedly optimistic. Some Taliban frontlines are now less than an hour from the capital, where U.S. troops are now being dispatched to secure a mass evacuation of the Embassy — which may move to Kabul’s Airport.

That is a damning symbol of the disaster that this premature, largely unconditional, and illogically hasty withdrawal has been. An eventual withdrawal was a legitimate and likely right objective, but this was not the way to do it. This was a major foreign policy decision taken largely with domestic politics in mind, and that “progressive” experiment has clearly failed. From an administration that prides itself on human rights, humanitarianism, and liberal, democratic values, spare a thought for the millions of women and girls now facing a life under the Taliban’s medieval, violently misogynistic rule. Abandoning millions to such a fate doesn’t strike me as particularly “progressive” or responsible.

The Taliban’s exponential expansion in recent weeks has a lot to do simply with momentum. With each battlefield victory, the group’s ability to coerce the mass surrender of government forces has grown markedly. Some key districts have fallen without a bullet fired. But with each victory, the group has also been acquiring access to an enormous amount of heavy weaponry. From publicly available imagery alone, the group has captured nearly 2,000 U.S.-made Humvees, MRAPs, ATVs, AFVs, and pick-up trucks, as well as tanks, heavy artillery, and at least one helicopter. That makes ISIS’s weapons seizures in Syria and Iraq in 2014 look trivial. Worse still, the Taliban’s fighting force has been swelled by thousands of fighters released from more than 10 recently captured prisons.

A Taliban-dominated Afghanistan promises al-Qaeda a guaranteed safe haven and desperately needed breathing space after two decades of relentless U.S. counterterrorism pressure. Al-Qaeda still owes the Taliban an oath of allegiance — that relationship was never going to be broken by negotiations with the West. The intelligence community’s capacity to monitor and intercept terrorism threats across Afghanistan has taken an enormous hit in 2021. Al-Qaeda strategists will have rarely been so happy since 9/11. That a Taliban victory looks possible before 9/11’s 20-year anniversary will be celebrated by jihadists worldwide. It is impossible to understate how significant this is likely to be for the jihadist movement worldwide — it will be reaped for years, if not decades, to come.

Charles Lister is a senior fellow and the Director of the Syria and Countering Terrorism & Extremism programs at the Middle East Institute. The views expressed in this piece are his own.