There’s still a long way to go, but Nile dam talks are finally making some progress 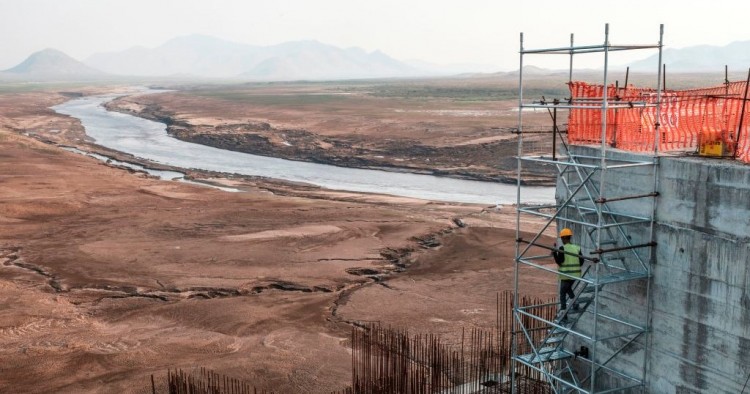 Diplomacy rarely produces big, flashy outcomes. One is more likely to wind up with an infuriatingly slow, cumulative drip, drip, drip of incremental results that — hopefully — help to fill out the larger picture.

The tripartite talks between Egypt, Ethiopia, and Sudan on the filling and operation of the Grand Ethiopian Renaissance Dam (GERD) have been a case in point. They have dragged on, interminably, since Ethiopia first announced that it was building the dam, in 2010. The GERD will be the region’s largest hydroelectric dam and has the capacity to hold the Nile’s entire annual rainfall. The major point of contention had been the rate at which the dam would be filled since during this period there would be a decrease in the amount of water reaching Egypt, which receives a staggering 90 percent of its water from the river. With negotiations going nowhere and the dam being unilaterally filled by Ethiopia, Egypt started calling for international mediation back in 2017, which the Ethiopians consistently rejected. The talks, such as they were, became progressively more contentious and a few months ago, apparently in response to some sabre rattling by two Egyptian op-ed writers, Ethiopian Prime Minister Abiy Ahmed announced in Parliament that Ethiopia could mobilize more than a million soldiers in the event of conflict.

Last November, the U.S. stepped into the fray and, along with the World Bank, agreed to broker a new set of mediations. The first set of talks in Washington managed to arrive at a timetable for future negotiations. Left to their own devices, the three countries failed to arrive at a workable agreement and escalating tensions were on display. Following the Jan. 8-9 meetings in Addis Ababa, the Ethiopian Foreign Ministry released a statement claiming that Egypt wanted to assert supremacy over the Nile and that the Egyptians were demanding a fill period of 12-21 years. The Egyptian Foreign Ministry promptly denied the claims in the most strenuous terms and noted that Egypt had never asked for such a timeframe, adding that Ethiopia simply sought to control the Blue Nile’s waters unilaterally and was in contravention of three international treaties it had signed.

The latest talks in Washington were held amid a flurry of analysis, ranging from vaguely correct but out of context to flat-out wrong. Hyperbole aside, they did bring about some concrete, and cautiously welcome, results. A joint statement by Egypt, Ethiopia, Sudan, the United States, and the World Bank, released by the U.S. Treasury outlined a working set of principles and agreements (all subject to final agreement). These included three vital points: that filling would occur over stages and take into account the hydrological conditions of the Nile, that it would take place during the wet season, and that it would address Ethiopia’s electricity generation needs while providing for mitigation avenues for Egypt and Sudan in times of prolonged dry spells or drought.

While there is still a long way to go before any real sigh of relief can be heaved, this is more progress than the negotiations have seen to date, and the fact that the GERD is already almost 80 percent complete means that an Ethiopian fait accompli might have been averted. However, the negotiations are still in a tricky phase; the final talks, scheduled for Jan. 28-29 in Washington, will be attended by the ministers for foreign affairs and water from all three countries, who will then have to have the resulting agreements pass muster with their respective leaders. The Nile Basin is shared by eight countries, so the resulting agreement also has the power to influence how the Nile is shared in the future. Considering the stress on the river due to burgeoning populations and climate change, the stakes are enormously high.