Tragedy and farce in Libya 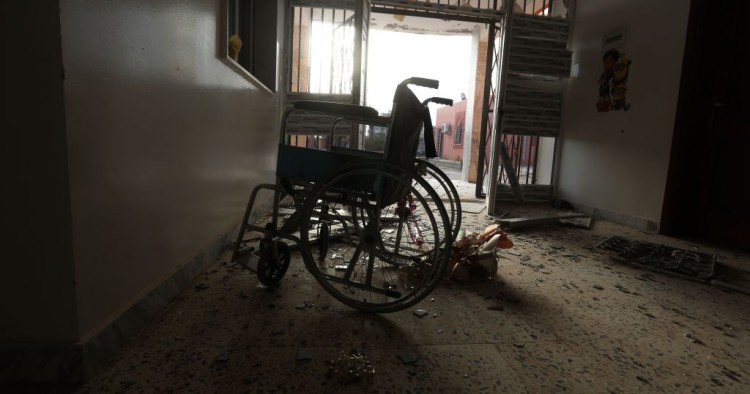 History has been repeating itself in Libya; this time as farce and tragedy rolled into one. Libya’s most famous rogue, Gen. Khalifa Hifter, head of the so-called Libyan National Army (LNA), has been engaging in wily and contradictory actions meant to capture media attention. Over the past week, he attacked hospitals dealing with the pandemic, proclaimed himself as possessing a “popular mandate” to rule, and most paradoxically, announced that the LNA had agreed to a humanitarian truce for Ramadan, then days later bombed civilians in Tripoli.

In a brief televised address on April 27 responding to manufactured demonstrations, Hifter claimed that the LNA had a “popular mandate” to rule Libya, that international accords pertaining to what constitutes sovereign authority in Libya were no longer valid, and that he would exert this sovereign mandate over the areas he controls in eastern Libya. He did so in response to attempts days earlier by Agilah Saleh — the speaker of the House of Representatives (HoR), the Tobruk-based civilian authority — calling for domestic and international support for political reform. This combined with military losses weeks ago at Sabratha and Surman has threatened Hifter’s legitimacy, as the HoR was the body that appointed him chief of staff back in 2015 and promoted him to field marshal a year later. Now, the HoR appeared to be implicitly threatening Hifter if he did not participate in “reform.”

Just as Hifter’s bold declaration was receiving blowback on April 29, the LNA announced that it would acquiesce to international calls for a humanitarian truce for Ramadan. This ploy produced some ephemeral good PR. Yet, it has proven quite hollow as the LNA continued to drop bombs on hospitals and civilian homes in Tripoli over the weekend.

To sum up, last week Libya witnessed one of the oldest tricks in the book: unilaterally declare a cease-fire at exactly the moment when your opponents are poised to gain territory. And do it in a way that appears superficially to be addressing international humanitarian concerns related to the pandemic and Ramadan. Then break that cease-fire by bombing hospitals.