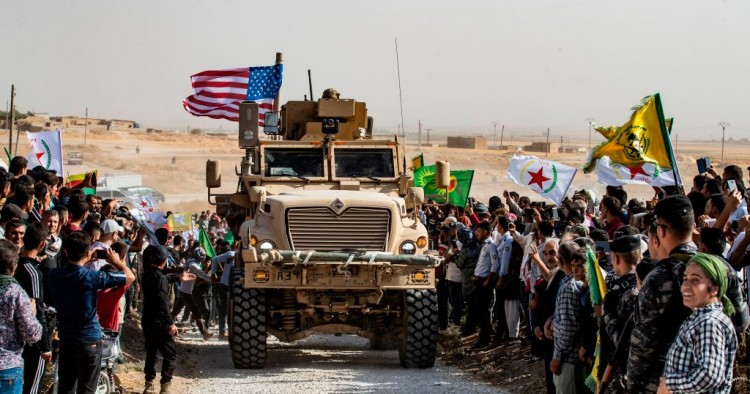 Despite consistent and unanimous guidance from across the U.S. government apparatus that ISIS remained alive and well and that a weakened U.S. presence would only exacerbate that threat, President Trump is alone in thinking otherwise. The president’s disdain for his advisors in the Defense Department, the State Department, and intelligence community has been made clear yet again. With this decision already being implemented, any attempt to reverse it seems destined to be insufficient. It is only a matter of time before a full American withdrawal from Syria is realized and America’s ability to have a meaningful say in any aspect of the Syrian crisis is dealt a mortal blow. As I’ve written before, that will only inflame existing problems and guarantee future threats that the U.S. will have to confront, but without any future means of doing so.

While President Trump might think he’s protecting American interests by leaving Syria, he’s actually granting ISIS the gift of rebirth. What looks set to follow from this — conflicting foreign intervention and the prospect of intractable ethnic conflict — is a dream scenario for the group. A great many people blame ISIS’s explosive rise in 2014 on President Barack Obama’s premature withdrawal from Iraq in 2010. This move displays a whole new level of short-sightedness. In leaving Syria, President Trump will also be handing America’s adversaries Bashar al-Assad, Russia, and Iran yet another strategic victory — after his previous abandonment of Syria’s vetted opposition, seemingly at Russia’s request.

Assuming a Turkish intervention does take place, the SDF will be incapable of effectively resisting. Without American air support, the SDF is no match for the Turkish military, as its 2018 loss in Afrin demonstrated. The immediate and long-term negative implications are many, including: mass displacement and demographic change; the eruption of a long-term Kurdish insurgency and weakening investment in the security of tens of thousands of ISIS detainees and family members; a guaranteed ISIS revival and in all likelihood, a return of al-Qaeda to eastern Syria. Assad, Russia, and Iran will likely sit back and watch chaos reign, waiting for an opportune time months down the line to step in and challenge a vulnerable Turkey and crippled Kurdish YPG. A re-intensification of regime violence and war crimes in Idlib is also a high probability in the coming weeks.

One complaint that has unified Trump administration foreign policy defectors has been America’s mistreatment of its allies and this move on Syria will only deepen that grievance. Despite their faults, the SDF sacrificed nearly 11,000 fighters to roll back ISIS’s territory in Syria, only now to be dispensed with and left to their mortal enemy. In more hopeful times, Syrians in Kobani opened the “Trump Restaurant” as a sign of thanks for his support of the anti-ISIS campaign. Perhaps if there had been a Trump Tower or golf course, the American president might have valued more the importance of northeastern Syria and his allies there.