Trump stirs up a hornet’s nest in Syria 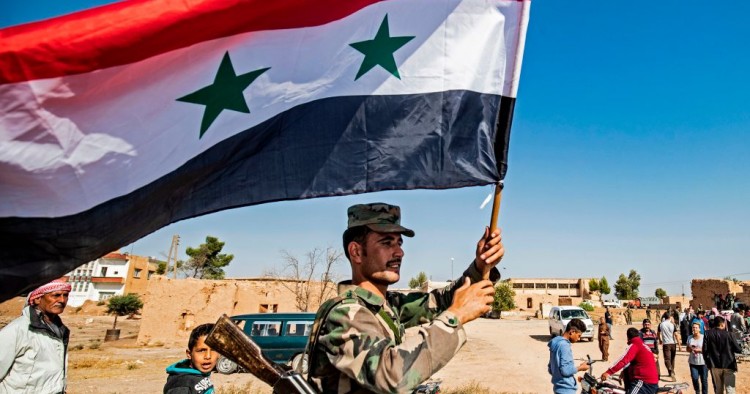 As is now clear, President Donald Trump’s decision to move out of Turkey’s way in northeastern Syria set in motion a series of developments that have killed America’s entire Syria policy. In one fell swoop, the U.S. has found itself evacuating a third of the country; breaking away from a 100,000-strong partner we trained and equipped; and watching it surrender to the regime that we have stood against from day one. In the chaos that has ensued, ISIS prisoners have been let loose, hundreds of thousands of civilians have been displaced, and a once relatively stable northeastern Syria has been thrown into a potentially intractable pit of ethnic, sectarian, and political conflict. The consequences of America’s self-destruction in Syria will be felt for many, many years to come.

An American presence in northeastern Syria was never going to solve any of the country’s crises, but it was a meaningful deterrent and control mechanism, preventing much worse scenarios from playing out. That is clear now. In controlling a third of Syria, including more than 75% of the country’s oil resources and much of its agriculture, the U.S. also held sufficient leverage to help negotiate an eventual settlement in Syria.

As U.S. troops hurriedly evacuate their bases, the Syrian Democratic Forces (SDF) has agreed to cede territory to the Assad regime. But this does not promise stability. With time, the regime will violate agreement terms, suppress any sign of opposition to its rule, and the SDF itself will begin to split along reconcilable and irreconcilable lines. Resistance wings will emerge from within Arab and likely Kurdish SDF circles, and within the inevitable uncertainty, one thing will be guaranteed: an ISIS resurgence. The jihadist group was never defeated. It does not need territory to survive, but it thrives in chaos and that is a state of affairs that is guaranteed to prevail for years to come.

If there is anything that the past eight years has taught us, it is that “what happens in Syria does not stay in Syria.” President Trump just stirred up a nest of hornets, whose stings will be felt far and wide for a long time.