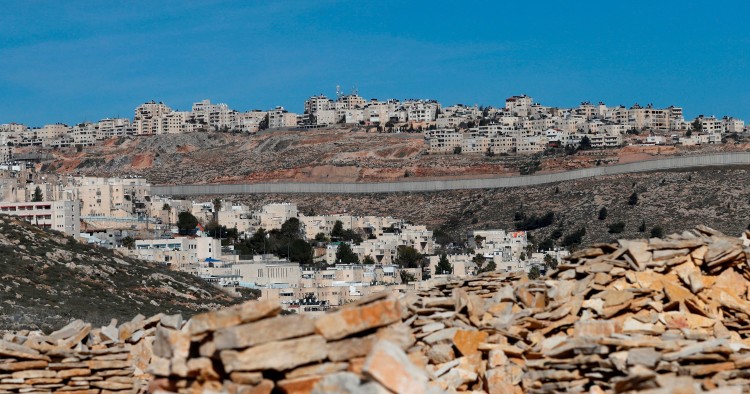 The Trump administration is finally gearing up to release its much-touted and long-delayed plan for Israeli-Palestinian peace. The official rollout of Donald Trump’s so-called “deal of the century” is expected to take place on Jan. 28, with both Israeli Prime Minister Benjamin Netanyahu and opposition leader Benny Gantz scheduled to attend the unveiling in Washington. Palestinian leaders, who have already rejected the plan ex ante, were not invited.

According to Israeli press reports, the plan is expected to satisfy a long list of right-wing Israeli demands on various core issues of the conflict — from Jerusalem to settlements to the fate of Palestinian refugees. Yet while it will be interesting to see what the plan ultimately does or does not contain, the details hardly matter since we already have a fairly clear picture of the Trump vision.

For starters, the issue of Jerusalem has, in President Trump’s words, been taken “off the table” following his December 2017 decision to recognize Jerusalem as Israel’s capital. The same goes for any discussion of the right of return for Palestinian refugees. Trump’s decision to recognize Israeli sovereignty over the Golan Heights along with Secretary of State Mike Pompeo’s declaration that Israeli settlements would no longer be considered illegal effectively did away with the “land for peace” formula enshrined in UN Security Council Resolution 242 and which has undergirded U.S. policy and the peace process for well over half a century.

Whether or not the words “Palestinian state” appear in the text of the plan, it seems clear that neither Palestinian sovereignty nor an end to Israeli occupation are in the cards. Indeed, it is entirely possible the plan will green light some form of Israeli annexation, whether directly or indirectly.

Even more noteworthy than the content of the plan is the context in which it is being rolled out. The timing of the unveiling — in the midst of Trump’s impeachment trial and on the very day the Israeli Knesset is scheduled to take up the matter of Netanyahu’s immunity in his own corruption case — makes it impossible to ignore the possibility that both leaders are looking to distract from their legal and political problems at home.

At the same time, the notion that an American president, in consultation with two Israeli leaders, could decide on the future of Palestinians without any Palestinian involvement seems to epitomize Trump’s overall approach to the conflict, which not only has ruled out the possibility of Palestinian self-determination but seems to hold the very notion of Palestinian agency in contempt.

From the standpoint of normal politics and diplomacy, such an approach seems misguided, even bizarre. However, diplomacy is not the goal. Rather, the primary aim of Trump’s Middle East plan, apart from distracting from his and Netanyahu’s domestic troubles, is to fundamentally redefine the basic terms of an Israeli-Palestinian settlement by effectively doing away with the possibility of a two-state solution and to consecrate the status quo of permanent Israeli occupation. Whether or not they are successful will in large part depend on whether Palestinian leaders can mount a credible counter strategy and the extent to which the international community, the U.S. Congress, and even Democratic presidential candidates will be willing to call it out.