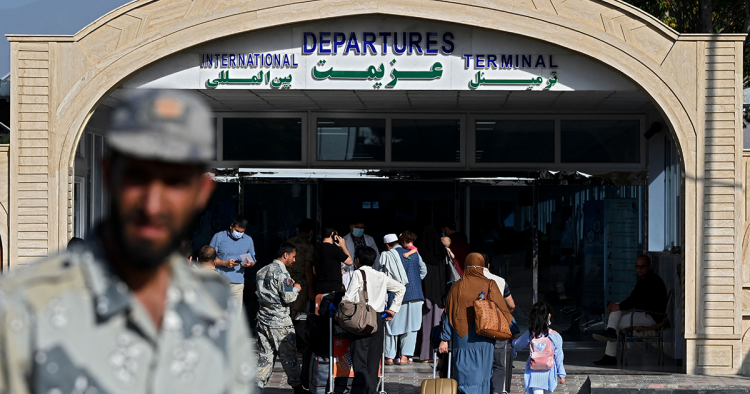 In a politically significant statement, Turkish President Recep Tayyip Erdoğan has asked the Afghan Taliban to “end the occupation of their brothers’ soil.” This follows a Taliban warning of severe consequences if Turkey were to remain in charge of security at Kabul Airport after the exit of American troops. Erdoğan’s message is likely to be interpreted differently by different stakeholders in the unfolding Afghan tragedy, a situation characterized by escalating violence, political uncertainty, and regional chaos.

Dabbling in the Afghan whirlpool has invariably led external players to be sucked in and lose control over how to get out. At a moment when the United States is withdrawing its forces from Afghanistan, the interest shown by Turkey in stationing troops at Kabul Airport may seem somewhat puzzling. The reasoning behind this move is that as fellow Muslims, the Turkish troops would not be perceived by the Taliban to be as hostile as those from other NATO countries. However, there is a major problem with this idea: The Taliban’s attitude toward fellow Afghan Muslims of different ethnicities and sects has been unusually hard-headed and hard-hearted. The Taliban have no qualms about killing Afghans to achieve their political objectives. Even after making efforts to woo Afghanistan’s Hazara, Tajik, and Uzbek communities, the Taliban remain a predominantly Sunni and Pashtun insurgent force. And though they have assumed an Afghan appearance and de-emphasized their ties with al-Qaeda, the Taliban nonetheless seek to establish an Islamic emirate. Recently, the Taliban did not hesitate to kill members of the Afghan Special Forces in Dawlat Abad in Faryab Province as they were surrendering. Thus, if the Taliban follow through on their warning, Turkey is poised to be their enemy.

Ankara has been in talks with Washington to work out the financial, political, and logistical details involved in deploying Turkish troops at Kabul Airport, which serves as Afghanistan’s gateway to the world. Although it has no combat troops in country, Turkey has always been supportive of NATO’s military operations in Afghanistan and Turkish military officers have served rotations leading the mission. Turkey has done an impressive job training Afghan military personnel in different roles. Its more than 500 troops in Afghanistan as part of NATO’s noncombat mission have maintained healthy relationships with all of the country’s ethnic groups. In particular, Ankara considers Abdul Rashid Dostum, an Uzbek warlord and former vice president, to be a close ally and protects his political interests.

It is believed that Turkey’s commitment to secure Kabul Airport is less about Afghan security and more about finding a way to end American sanctions over its acquisition of the Russian-made S-400 missile defense system (under the Countering America’s Adversaries Through Sanctions Act,  any country working with the Russian defence sector invites American sanctions), and to be in the Biden administration’s good books. Nevertheless, the American need to keep Kabul Airport secure is clear as it would enable the U.S. to manage its diplomatic, military, and intelligence operations in Afghanistan in the post-withdrawal era. It is rightly argued that for Washington, “leaving Turkey behind in Afghanistan is less risky and strategically affordable” for securing as sensitive and important an installation as Kabul Airport. In fact, the Biden administration had earlier proposed Turkey as a new location for Afghan negotiations and Ankara was scheduled to host a U.N.-led intra-Afghan peace meeting, but nothing came of it given the Taliban’s unwillingness to join the dialogue.

Turkey’s close security relations with Pakistan make it an important player in political negotiations over the future of Afghanistan. Well aware of this dynamic, Erdoğan knows that Pakistan’s security establishment would be extremely uncomfortable if Turkey’s military presence in Afghanistan were to be targeted by the Taliban. This leaves Pakistan facing a palpable dilemma over Ankara’s enhanced role in the post-U.S. Afghanistan. Encouraged by the impending American withdrawal, the Taliban have mounted a brutal offensive to establish control over the country. As the Taliban seem to have prioritized capturing Kabul militarily, remaining intransigent and inflexible in peace talks with the Afghan government, they likely perceive a Turkish security presence at Kabul Airport as an indirect continuation of the international military operations. Thus, Islamabad will have to expend considerable diplomatic energy to persuade the Taliban to agree to Turkey staying in Afghanistan.

A Taliban-led regime in Kabul will likely be under pressure to accommodate Pakistan’s interests, but the Taliban is unlikely to be amused by Erdoğan’s characterization of their efforts to control Afghanistan as “occupation.” For now it is too early to say whether the Taliban would desist from using violence against Turkish interests in Afghanistan since their final position will be the product of multiple interactions among different shuras, friendly militant outfits operating in Pakistan, as well as Islamabad’s own strategic calculations.