A UNGA without Netanyahu 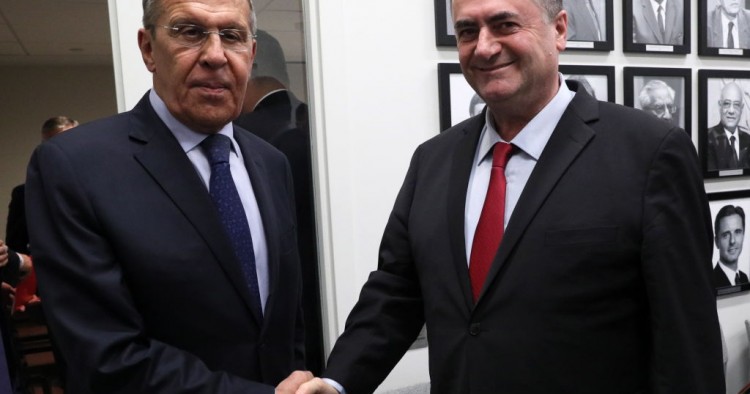 For the first time in a decade, the upcoming UN General Assembly (UNGA) will be held in the absence of the outgoing Israeli prime minister, Benjamin Netanyahu. His theatrical speeches, complete with stage props, hand gestures, and choreographed intonations, will be replaced by the inarticulate, transient foreign minister, Yisrael Katz. The world — which frankly has already stopped paying attention to Netanyahu’s annual performance in New York — will not be listening.

Beyond the speeches, Israel’s UNGA agenda will be dominated, as usual, by Iran. The U.S.-Iran-Saudi showdown, following the unprecedented attacks on Saudi Arabia’s oil installations, is of critical interest to Israel. In fact, the main stage may well be taken this year by Saudi Arabia’s minister of state for foreign affairs, Adel al-Jubeir, who is slated to present forensic evidence of Iran’s direct involvement in the attack on his country. Katz will stand shoulder to shoulder with al-Jubeir and Secretary of State Mike Pompeo in calling out Iran’s “act of war.” A few weeks ago, in the heat of the Israeli election campaign, Katz let slip that “Israel is part of the Gulf maritime security initiative.” Though no formal approval has since been released, there is no doubt of the like-mindedness on Iran among the “B-3+1” — the trio that Iran’s foreign minister Zarif calls “the B-team” — comprising Netanyahu, Saudi Crown Prince Mohammed bin Salman, and Crown Prince of Abu Dhabi Mohammed bin Zayed, along with Secretary Pompeo.

Meanwhile, kinetic skirmishes between Iran and Israel have become almost a daily occurrence, spreading from Syria to Lebanon and into Iraq. Though Israel refrains from taking direct responsibility for most of these incidents, it is abundantly clear to all actors who is behind the sticks of the F-16s, F-35s or the various drones reportedly involved.

If the security situation in the Gulf continues to deteriorate, Israel will seek to move the U.S.-led strategy up at least a few notches, from “maximum pressure” to “maximum damage.”

Simultaneously, on the diplomatic front, Israel is acting to prevent any “freeze for freeze” mini-deal sponsored by French President Emmanuel Macron or other mediators. Katz will undoubtedly sound the alarm bells on such a “dangerous bad deal” from the UNGA podium.

The Palestinian issue will once again be marginalized, as Donald Trump and his peace plan await the formation of a new Israeli government.

Upon takeoff, Katz can gaze sadly at the UN building. He will — most likely — have seen it as a foreign minister for the last time. Iran, however, will doubtless be back at the top of the Israeli agenda at the next UNGA as well.

Eran Etzion is a non-resident scholar at MEI and an diplomat and strategist with more than 20 years of experience in senior government positions.