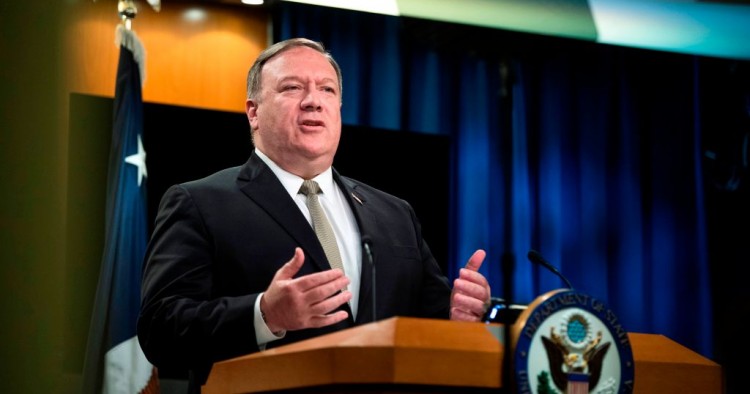 Multiple signs point to a crisis of confidence in Afghanistan. Ever since the publication of a sensational report alleging that a Russian military intelligence unit secretly offered bounties to the Taliban to kill American soldiers, there has been an intense debate about the possibility of peace in Afghanistan following the U.S. exit as hostile powers are incentivizing the Taliban to not keep up its end of the bargain. If the reports are true, the implications for peace and stability in Afghanistan are far-reaching. The Russian state apparatus has denied the allegations of Russian support for attacks against U.S. troops.

U.S. Secretary of State Mike Pompeo is reported to have warned the chief Taliban negotiator, Mullah Baradar, against attacks on Americans, making “clear the expectation for the Taliban to live up to their commitments, which include not attacking Americans.” At a fundamental level, the growing bipartisan skepticism about the Taliban’s intention to fulfill its commitments is rooted in President Donald Trump’s preference for transactional politics, which supports the perception that the U.S. has abandoned its long-held commitment to promoting an international order underpinned by democratic and liberal values. Therefore, what the world is witnessing is the emergence of a more fragile international system in the face of America’s failure to back up its redlines with teeth.

Although the U.S. and Russia seem to be pursuing a common goal of a negotiated peace settlement in Afghanistan, their respective strategic objectives are mutually exclusive. As per the terms of the February 2020 deal, even after the military withdrawal, the U.S. is expected to continue to maintain a sizable intelligence presence on the ground, as well as multi-layered formal and informal political linkages in Afghanistan. For its part, Russia will also continue to have active involvement in Afghan affairs, as reflected in its role in facilitating a number of multilateral reconciliation initiatives in 2018 and 2019.

It remains to be seen whether Russia’s predatory behavior in Afghanistan is a temporary aberration or a step on the way to permanent disarray. However, one could argue that reports of Russian efforts to incentivize the killing of American troops are not fully consistent with Moscow’s professed motives in Afghanistan. Russia claims that its engagement with the Taliban is aimed at ensuring the security of Russians living in the country and persuading the “government-in-waiting” insurgent group to work toward a negotiated peace settlement. Moscow also claims to be expending blood and treasure to contain the spread of Islamist extremism. But the reality is different.

There is no doubt that the U.S. pullout from Afghanistan will be a huge strategic gain for Russia. Moscow has always been happy to see Washington struggle in Afghanistan. Washington has often accused Russia of trying to destabilize the U.S. anti-terror campaign there by providing vital support to the Taliban. And there is already enough evidence pointing to objectionable Russian actions aimed at undermining America’s diplomatic and military effort in Afghanistan.

A battle to shape the international order

The Afghan conflict should be seen not as a mere tussle over territory and resources, but rather as a paradigm-defining battle to shape the international order. The U.S. retreat from global leadership will have severe consequences for Afghanistan, which will witness increased chaos and violence in the absence of successful intra-Afghan talks. Although a final peace deal and the eventual withdrawal of American forces remain important priorities for the Trump administration, it is time to realize that intra-Afghan peace negotiations will be difficult, tortuous, and frustrating. The world cannot afford a militarily and politically stronger Taliban during this process. The challenge of reaching a sustainable settlement in Afghanistan is further compounded as rival powers are desperate to tear the country apart.

As Afghanistan lacks a significant alternative to the U.S. when it comes to securing military, economic, and political support, the dynamics of continued Russian intransigence are troubling. The main charge that can be laid at the Kremlin’s door is not that of illegal or immoral acts, which undoubtedly they are. Rather it is the utter disregard for history coupled with a criminal refusal to learn from previous mistakes in Afghanistan. It is a blunder for which Moscow will have to pay dearly in the future.

Any Afghan strategy that does not factor into safeguarding the U.S. troops threatened by Russia’s aggression is bound to fail. Against this background, it is imperative for Washington to hold candid discussions with Moscow on how to reduce the widening gaps in their respective strategic objectives as durable peace requires them to have a modus vivendi in Afghanistan to forge a common agenda.