US strategy in Syria has failed 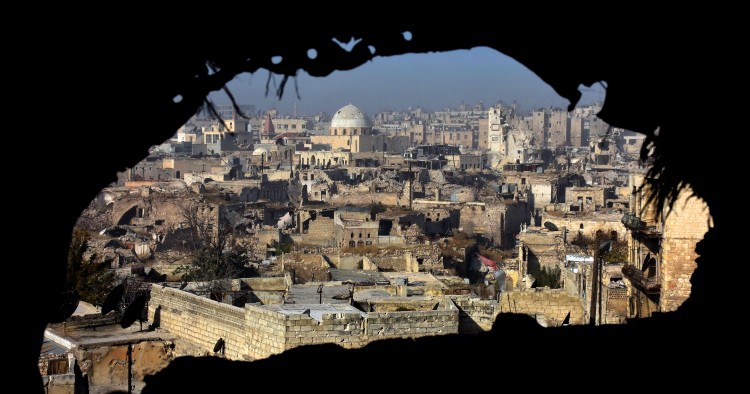 During his four years in office, U.S. President Donald Trump repeatedly promised to get the United States out of the nation-building business. Long-term U.S. efforts to reconstruct and stabilize postconflict societies, he argued, were misguided and doomed to fail. And for the most part, Trump delivered: he cut troop numbers in Iraq and Afghanistan, and he scaled back democracy-promotion funding by nearly $1 billion during his time in office.

But the Trump administration departed from its no-nation-building policy to pursue one long-shot effort—in Syria. The United States tried to use military force and financial pressure to compel Syrian President Bashar al-Assad to accept major constitutional reforms and a Kurdish autonomous zone in the country’s northeast. Under U.S. supervision, that region developed into a semistate with its own army, the Syrian Democratic Forces (SDF), and an entrenched bureaucracy—dominated by the Syrian Kurdish People’s Protection Units (YPG) and its political arm, the Democratic Union Party (PYD).

After six years and roughly $2.6 billion, this statelet is America’s baby, raised under U.S. military protection and shielded from hostile neighbors. Unable to support itself, the autonomous zone will remain dependent on U.S. resources for the foreseeable future. An open-ended commitment of this kind is not what the United States needs, however. Syria has never been a major U.S. national security issue, and American interests there have always been limited to preventing the conflict from threatening Washington’s more important concerns elsewhere. Current U.S. policy does little to accomplish that central goal. It has also not secured political reform in Damascus, restored stability to the country, and dealt with the remnants of the Islamic State, also known as ISIS. President Joe Biden would do well to change tack—withdrawing the hundreds of U.S. soldiers currently deployed to Syria and relying on Russia and Turkey to contain ISIS.