US-Taliban talks are back on but little has changed 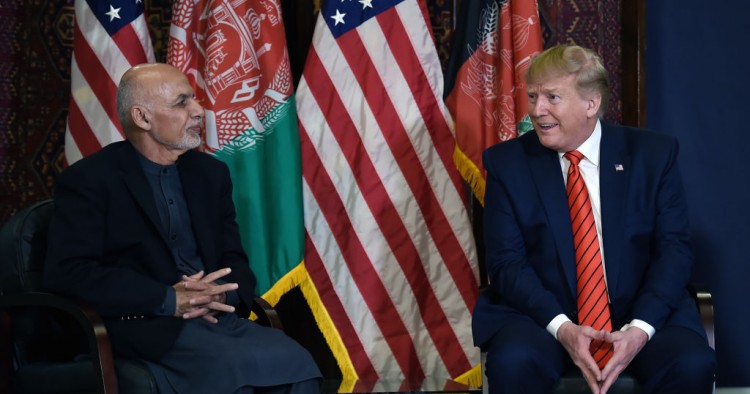 President Donald Trump’s lightning fast roundtrip to Bagram airbase north of Kabul had its share of surprises. In addressing troops, he confirmed previous reports that talks are once again underway with the Taliban, but then went on to inject a ceasefire as a condition for a new agreement. Trump also suggested that the Taliban was now ready to accept such a ceasefire. A ceasefire along with the opening of intra-Afghan peace talks had earlier been declared necessary for finalizing any bilateral U.S.-Taliban agreement. But when negotiations concluded last September, the U.S. had yielded on both demands.

The Taliban appears anxious to resume talks with the U.S. After all, diplomacy has richly rewarded it with long-coveted international attention and recognition. Moreover, the Taliban has gained legitimacy at the expense of the Kabul regime, which with U.S. assent has thus far been cut out of negotiations. Why the Taliban should now be expected to be more amenable to compromise is difficult to comprehend. Almost immediately following the U.S. president’s remarks, a Taliban spokesman rejected the idea that it had accepted a ceasefire. Also in response to Trump’s remarks at Bagram, a Taliban spokesman insisted that renewed negotiations would have to begin where the previous ones had left off. Taliban leadership has never waivered from its position that fighting can end only when all American and other foreign forces depart the country.

With the new push for negotiations, the U.S. makes clear its preference for a political cover for its intended troop withdrawals in the coming months. In all likelihood, the insistence on an early ceasefire will conveniently disappear during negotiations, as will any U.S. efforts to gain the Kabul government formal status in an intra-Afghan dialogue. If a U.S.-Taliban agreement is eventually reached, it can be expected to closely resemble the one previously rejected. The difference will be that unlike the scuttled September agreement, where Trump found himself denied an opportunity to take credit, the president hopes with his trip to Bagram to be able to claim that he personally initiated the deal.