US withdrawal may benefit the Syrian regime 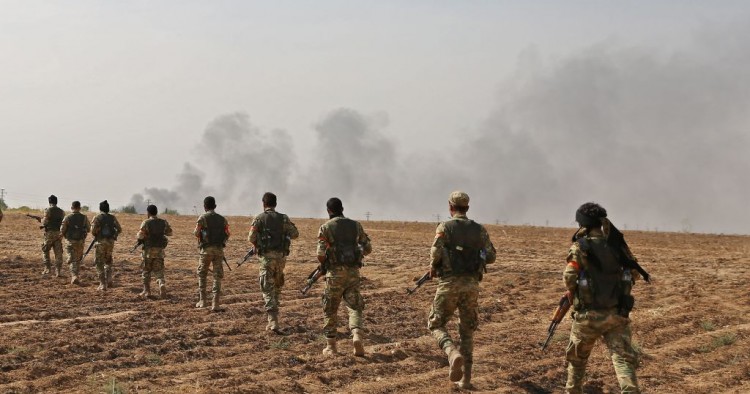 The decision to withdraw U.S. troops from northeast Syria may ultimately benefit the Syrian regime following news that the People’s Protection Units (YPG), with Russian facilitation, cut a deal allowing the Syrian army to enter Kurdish-held areas ahead of Turkish-backed Syrian Arab forces. As of this writing, Turkish-backed and regime forces appear to be on a crash-course in Manbij and other towns in the north. This turn of events is not surprising given the YPG’s well-established history of coordinating with the Syrian regime since the start of the 2011 revolution. During the siege of Aleppo, for example, the group contributed to the besiegement of the city, which ultimately helped the regime recapture it. The biggest losers from President Donald Trump’s arbitrary decision to allow Turkish forces to enter Syria may end up being pro-revolution Syrians and civilians living in Idlib. With relations between the United States and key NATO allies at an all-time low with Turkey, there will likely be little appetite to support Turkey in Idlib. Left on its own, Turkey may be forced to hand over the province to the regime, especially since it achieved its main objective of ending the YPG's Autonomous Administration project, known as Rojova.

Wael Alzayat is a non-resident scholar at MEI, CEO of Emgage Foundation, and professor at Georgetown University.