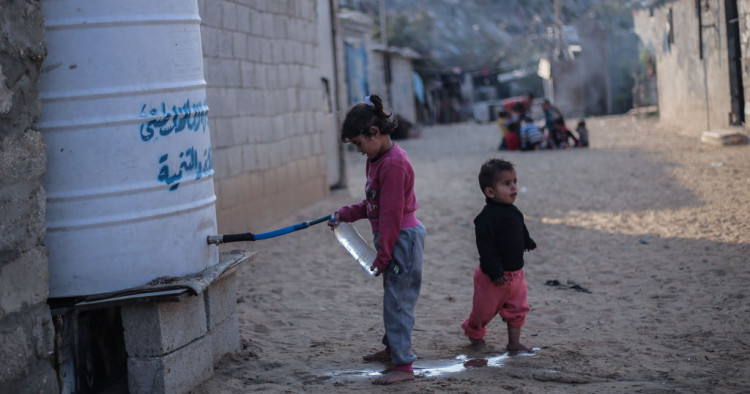 This issue is of particular relevance in the Middle East and North Africa (MENA), the world’s most water-scarce region, home to 15 of the world’s 20 most water-scarce countries. Although it accounts for 6% of the global population, the MENA region holds only around 1% of the planet’s total renewable freshwater resources.

Within the region there are serious risks to the sustainability of freshwater resources due to overexploitation, climate change, and competition between neighboring states over transboundary water sources. This is exacerbated in countries facing protracted conflicts, like Yemen, Libya, and Syria, and has itself become a source of inter-state tension and potential conflict, as in the case of the dispute between Ethiopia, Sudan, and Egypt over the filling of the Grand Ethiopian Renaissance Dam.

Lack of access to clean drinking water can have a significant human toll, especially on children. According to Unicef, in long-term conflicts children are three times more likely to die from water-related diseases than from violence. The potential economic impact of water shortages can also be severe, given that around 40% of the region’s population live in rural areas and relies heavily on agriculture for their livelihoods.

As highlighted in MEI’s recently released briefing book, more needs to be done to help countries in the region adapt to increasing water scarcity and the impact of climate change. Secretary-General Guterres noted that as things stand globally, “we are not on track” to achieve the aim of ensuring universal access to water and sanitation spelled out under U.N. Sustainable Development Goal 6 by the target date of 2030, adding that, “current progress needs to quadruple to achieve universal access.”

Alistair Taylor is MEI’s editorial director. The opinions expressed in this piece are his own.