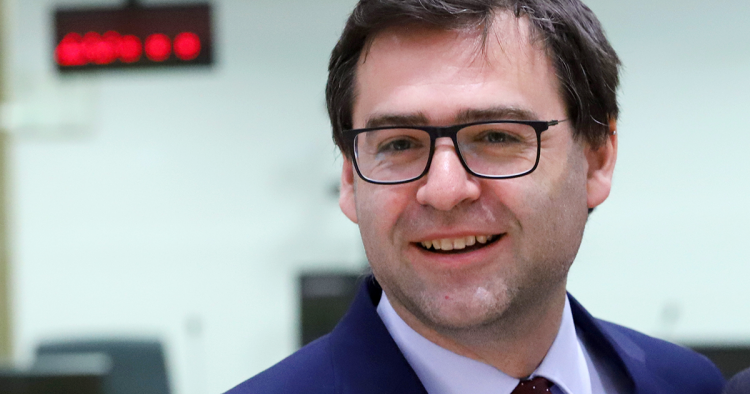 Iulia-Sabina Joja: Two months into the war, how do you assess developments in Ukraine? When and how does the war end?

Nicu Popescu: Not a single person on the European continent feels secure. That’s the effect of this Russian aggression against Ukraine, the effect on the region, with global scale by now. And of course, this applies to Moldova—increasingly, as you know. We’ve been calling on Russia to stop its war against Ukraine. One doesn’t know what kind of continent we’ll be living on in a few months, or weeks even.

IJ: Can you give us a sense of the economic situation and, given that Moldova is such a small country, tell us about the influx of refugees?

NP: We’re a country of around 3 million people, and we’ve had more than 400,000 refugees moving through our territory. We now have roughly 95,000 refugees in Moldova—so roughly 3.5 percent of our population. An estimated half of these war refugees are kids, below the age of 18. This is all harrowing for Ukraine. The total number of refugees now is almost 5.3 million—from a country of 41 million.

The impact on tiny Moldova, Europe’s poorest country, is and will be dramatic: On the health care system, the education system, for policing, for border control, for electricity, for heating, and for water consumption. For everything. We want to help. We need to adapt to new realities. More than 90 percent of the refugees have been hosted in private accommodations. So we don’t have large-scale refugee centers. We don’t have tent cities. Not yet.

IJ: You were in Washington recently. Was there a sense of the growing urgency?

NP: We’ve been working on economic and energy issues (and rule of law and anti-corruption, too). Of course, we spoke about security. The war in Ukraine and its effect on Moldova was front and center. In March, Secretary of State Antony Blinken was in Chisinau. We’ve hosted USAID Director Samantha Power twice in the last six months. The administration appreciates our strategic relevance and current vulnerability. No one wants a wider war.