What does the new round of Saudi arrests mean? 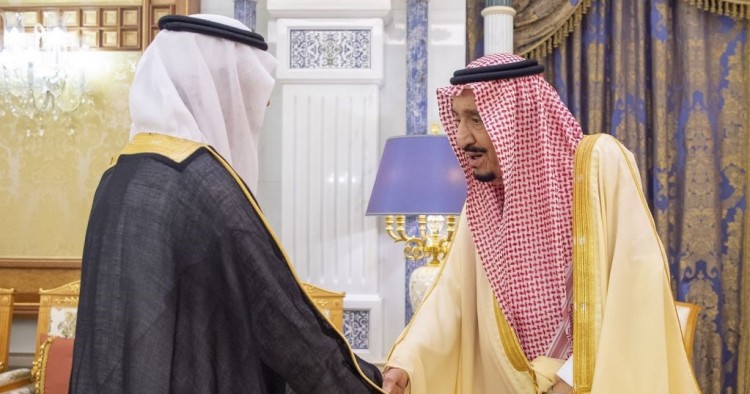 The arrest of senior members of the Al-Saud family shocked observers on Friday and generated new questions about Saudi stability and the decision-making capacity of King Salman and his son, Crown Prince Mohammed bin Salman (MbS). Coupled with the apparently failed effort to strong-arm Russia into a new agreement on cutting oil production, the double whammy confronts Saudi Arabia with its most significant leadership challenge in many years.

Rumors swirled on Friday as reports leaked out about the arrests of former Crown Prince Mohammed bin Nayef; his younger brother, Prince Nawaf bin Nayef; Prince Ahmed bin Abdulaziz, the full brother of King Salman; and, later, Ahmed’s son, Prince Nayef bin Ahmed. All four, who had held senior positions in the Saudi government at various times and were widely respected both within and outside the royal family, were accused of treason. Speculation that the arrests were meant to preempt resistance to the accession of the crown prince to the throne sparked new rumors that King Salman had died or was on his death bed. As a result, the government contrived an event, the swearing-in of new Saudi emissaries, to demonstrate that the king’s health had not deteriorated. Nevertheless, the abrupt move will reinforce existing concerns about the crown prince and his intentions.

Doubts about Saudi Arabia’s internal stability could not come at a worse moment. The outcome of the new oil war sparked by the failed OPEC meeting in Vienna last week is uncertain, as is the impact of coronavirus on the economic forecast for the kingdom. Economists are already predicting a substantial reduction in growth forecasts for oil exporting countries, magnified by uncertainty about the timing of global economic recovery from the virus. A prolonged downturn in global trade and travel will also affect prospects for Saudi Arabia’s ambitious Vision 2030, which is predicated on diversifying the Saudi economy away from the oil sector and toward new initiatives, including tourism.

Saudi Arabia is gearing up for two critical events later this year: the annual hajj in August and hosting the G-20 summit in November, an event that is meant to place the kingdom firmly on center stage in global leadership. Mismanaging either one would be disastrous for the crown prince’s reputation. New questions about his reliability and balance risk adding to the pressures building on the Saudi leadership.