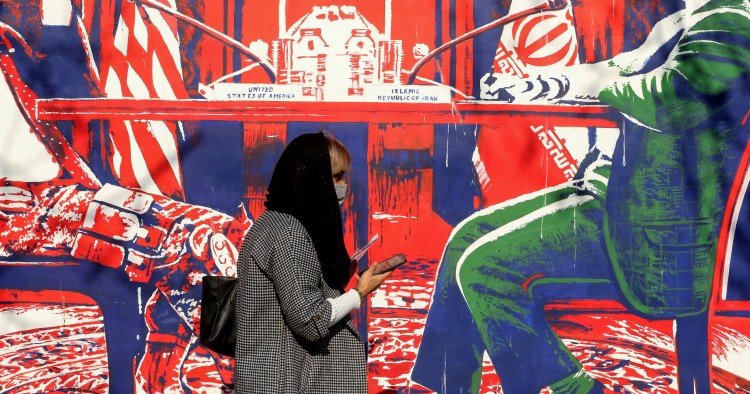 The Obama administration’s 2015 nuclear deal with Iran has its many American supporters and detractors. But if there’s one thing on which everybody agrees, it is that Washington’s regional partners—namely, most Gulf Arab states and Israel—absolutely hate it, and for a good reason: It failed to address their regional security concerns, which went beyond Iran’s nuclear enrichment abilities.

Former President Barack Obama’s advisers didn’t think it was possible to reach a comprehensive agreement because they were concerned that, if they rammed Tehran’s missile arsenal and its regional proxy network into the nuclear talks, the Iranians would bail. Their intuition seems to have been correct.

Once the more limited Iran deal was struck, Obama tried to lessen the damage with the Gulf Arab partners by holding two summits with them to discuss ways to strengthen their defense and security ties with the United States—one in Camp David in 2015 and one in Riyadh the following year. Five working groups were created, and some progress was made in the fields of counterterrorism, ballistic missile defense, cyber security, and maritime security.

The Biden administration, many members of which worked for Obama on the Middle East and specifically on the Iranian nuclear issue, may soon propose its own ideas on how to renew those discussions and processes, perhaps with some tweaks to the previous format.

It also could try a broader approach and push for a regional security dialogue, likely in parallel with prospective nuclear talks. Such a dialogue ideally would determine new standards of conduct, initiate confidence-building measures, and lower the political temperature. Most powers in the Middle East would generally be sympathetic to such a proposal. After all, the region is the only one in the world not to have an inclusive multilateral process to support stability, and given its endemic and borderless problems, it very badly needs one.