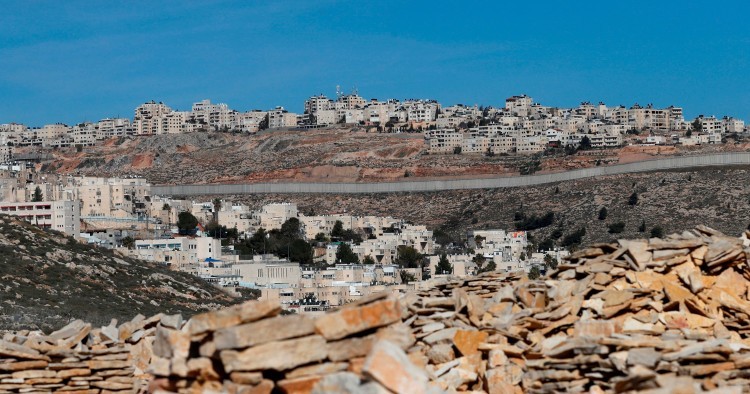 With a July 1 target date for the Knesset to begin considering the possibility of West Bank annexation just days away, there is growing speculation over whether, when, and how much West Bank land Israel may annex.

The Trump Vision, released in late January, opens the door for Israel to annex up to 30 percent of the West Bank, including the strategic and resource-rich Jordan Valley, even without Palestinian agreement.

Meanwhile, the prospect of Israeli annexation, which would be a serious breach of international law and deal a death blow to the already dim hopes for a genuine two-state solution, has prompted condemnations and warnings from all corners of the international community, including Europe, the Arab states, and even congressional Democrats.

As the July 1 target date draws near, however, both the Trump administration and the Netanyahu government appear to be sending conflicting messages. After months of championing annexation, Benjamin Netanyahu now seems to be scaling back public expectations, reportedly informing the Palestinian leadership that a Jordan Valley annexation was off the table — at least for now — and that annexation would be limited to a handful of settlement blocs, mostly around Jerusalem.

The Trump administration, for its part, appears to be divided over annexation. While Amb. David Friedman, himself a “Greater Israel” enthusiast, is reportedly pushing Netanyahu to move quickly and decisively toward annexation, presidential aide and son-in-law Jared Kushner, concerned that annexation could derail normalization efforts between Arab states and Israel, is advising Netanyahu to hold off. However it may play out, the Trump administration has repeatedly made clear that the decision of if, when, and how to annex would be Israel’s alone.

Despite the mixed signals from Israeli and U.S. officials, some form of annexation in the coming weeks or months may be inevitable. For one, there is broad political consensus in Israel on annexation, with the only real debate over when and how much to annex. Former opposition leader and Netanyahu’s coalition partner, Benny Gantz, despite his insistence on a “coordinated” process, has not sought to block or impose any deal-breaking conditions on annexation. Indeed, the only genuine opposition in Israel comes from the Arab-led (and largely non-Zionist) Joint List of Ayman Odeh.

Second, with a sympathetic U.S. administration in office and a second Trump term anything but assured, pro-annexation forces in both countries see a golden, but narrowing, window of opportunity between July 1 and Nov. 3 that may never come around again. Indeed, nixing annexation at this stage would make Netanyahu look like he is caving to international pressure, something his rivals even further to the right would eagerly exploit. Doing so would also be a setback for the Trump Vision, which is the main pretext for the annexation bid and has precious little support outside of Israel and the Republican Party.

Netanyahu’s hints at a more limited or phased annexation could be designed to mitigate a potential international backlash. It should be clear, however, that even a scaled down annexation would still be a serious breach of international law, including the UN Charter and Security Council Resolution 242, which prohibit acquiring territory by force, and of the basic rights of Palestinians, in terms of their permanent disenfranchisement and continuing to be ruled by a state for which they cannot vote.

Moreover, this sort of incrementalism has been the modus operandi of Israeli unilateralism by successive governments, on both the left and the right, over the last five decades: create physical and political “facts on ground” and absorb international outrage and opprobrium in the short term, thereby softening the blow of future unilateral steps down the road.

Israel’s previous annexations, of East Jerusalem in 1967 and the Golan Heights in 1981, triggered a barrage of condemnations, including formal censures by the UN Security Council, but little else. In the meantime, 53 years of de facto annexation has succeeded in radically altering the physical, demographic, and political landscape of the West Bank, particularly in and around Jerusalem, where most of its 650,000 Israeli settlers are located. The pro-annexation camps in both Israel and the U.S. are banking on a similar process of acquiescence — even if the world doesn’t like annexation, it will ultimately learn to live with it.

Key Gulf states have warned that annexation would put an end to Arab normalization gestures toward Israel, while various EU officials and European governments have said that Israeli annexation would incur consequences. The questions now is whether and how they intend to follow through on these threats, and if so, whether it be enough to salvage whatever is left of a two-state solution or to reverse more than five decades of de facto annexation.