A year of anticipation and disappointment in Afghanistan 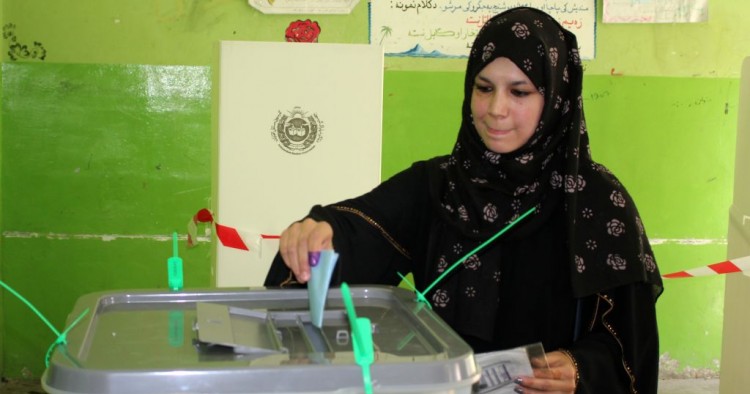 The story of Afghanistan in 2019 can best be described as one of anticipation and disappointment. The country was prepared to hold a presidential election in September that it was hoped would produce a clear winner and government of unchallenged legitimacy. Although few thought the election would be free of dispute, the adoption of a biometric voter recognition system and more polling security were expected to spare the country the kind of impasse in forming a government that it experienced in 2014. Afghans were also anticipating that negotiations underway between U.S. representatives and a Taliban delegation could produce an agreement paving the way for inclusive intra-Afghan talks. It was thought that a deal would necessarily be conditioned on the Taliban agreeing to a comprehensive cease-fire or at least a meaningful reduction of hostilities. Successful negotiations might also give indication of the Taliban’s willingness to compromise on other divisive political and social issues.

In the end turnout for the presidential election was deeply disappointing. Out of an eligible voting population of 16 million, 9.7 million Afghans had registered and a historic low of roughly 20 percent of ballots were actually cast. Opponents of the government argued bitterly that many as 300,000 votes should be rejected as unverified or fraudulent. By mid-December, the election’s results were still unannounced. But whatever the outcome, it seemed doubtful it would confer on the next president a popular mandate to govern.

An agreement reached in September between the U.S. and Taliban was at the last moment scuttled by President Donald Trump. Afghan President Ashraf Ghani was not pleased with a deal purported to carry neither provision for a cease-fire nor acceptance of the Kabul government as a full partner in future intra-Afghan talks. Strong objections were also raised within the U.S. military, the Congress, and the White House about a troop pull-out that would leave no residual U.S. force for counter-terrorist operations in exchange for a Taliban promise to cut ties to al-Qaeda and similar terrorist organizations.

Negotiations with the Taliban resumed before the year’s end with both sides seemingly hardening their positions. At the same time, an Inspector General report concluding that the American public had been lied to for years about progress in Afghanistan appeared likely to further reduce already flagging support for the war. With the 2020 American presidential elections looming, the U.S. seems poised to accept virtually any withdrawal deal, even a bad one.