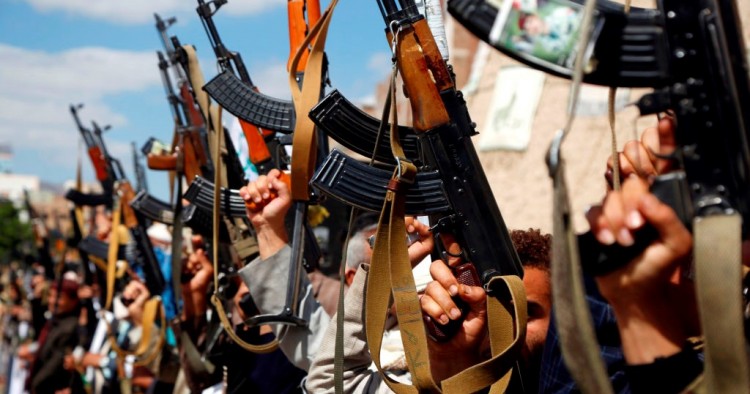 Yemenis just saw another tribal uprising quelled by the Houthis. Last April, the rebel group killed a woman in Bayda, a grave violation of tribal customary law, triggering a revolt. Yasser al-Awadhi, a prominent sheikh from the al-Awadh tribe and member of Parliament, called for a tribal Nakaf, urging the tribes to mobilize and prepare for a fight against the Houthis if necessary. Hundreds of tribesmen from Bayda and neighboring provinces arrived in al-Awadh in response to the sheikh’s call. Al-Awadh’s demands were for the Houthis to bring the woman’s killers to justice and to remove Houthi supervisors, which al-Awadhi described as tyrants, from Bayda.

The tribal movement in al-Awadh revived hopes among Yemenis that it might create an opportunity to liberate Bayda from the Houthis. Bayda is strategically located in central Yemen, bordering a total of eight provinces — four in the north and four in the south. Pushing the Houthis out of Bayda would weaken them militarily, a development that could have changed the course of the conflict in favor of the Yemeni government and the tribes, ultimately bringing Yemen closer to peace. A mediation that the Houthis initiated failed, forcing al-Awadh and allied tribes to fight, but their uprising was quelled in less than 24 hours.

What happened in al-Awadh illustrates how the tribes are increasingly caught between the brutality of the Houthis and the incompetence of the Yemeni government. The tribes are no match for the Houthis militarily so many, like al-Awadh, chose not to fight them to avoid bringing destruction to their homes. However, the Houthis’ heavy-handed approach and their constant atrocities against the tribes, including executions of tribal leaders, abductions, destruction of farms and personal property, looting of businesses, extortion, and imposing their ideology, have pushed some tribes over the edge. But the tribes have always found themselves facing the Houthis all alone with barely any support from the Yemeni government or the Saudi-led coalition.

While they were negotiating with Sheikh al-Awadhi, the Houthis reinforced their military presence around his home district, Radman. They dragged the mediation process on for six weeks, leading some tribal leaders who rushed to al-Awadh’s aid at the beginning to lose momentum. By contrast, the Yemeni government failed to put together a proper military plan to back the tribal uprising, a pattern that has repeated itself on every frontline in Yemen.

The Yemeni government and Saudi-led coalition have failed the tribes time and again to the utter disappointment of so many Yemenis. In early 2019, a tribal uprising in the Hajour area in the north lasted for almost three months before it was brutally extinguished by the Houthis when the government failed to send reinforcements to help the tribes. Last March, the Houthis made a strategic military gain by capturing al-Jawf governorate due to lack of military support from the Yemeni government and the Saudi-led coalition. Since 2016, the tribes have managed to either stop or slow down Houthi advancement to their areas, but they have been largely on the defensive and have lost thousands of men in the process unnecessarily.

Marib, the last government stronghold in the north, is at grave risk as the Houthis have continued to apply constant military pressure to capture it for four months now. Meanwhile, the government and coalition lack a military strategy and continue to conduct military operations in a manner that is largely ad hoc, reactive, and poorly implemented. Five years of this vicious cycle have led the tribes and many Yemenis to believe that the Saudi-led coalition is not in it to defeat the Houthis, but rather to drag Yemenis into a war of attrition that is seemingly without end. The Yemeni government leadership, which is largely based in Riyadh, is one of the main beneficiaries of the war economy, and many believe that they are complicit, offering legal cover for the Saudi-led coalition to keep the war going at the expense of the tribes and the country as a whole.

Nadwa Al-Dawsari is a non-resident scholar at the Middle East Institute. The views expressed in this piece are her own.