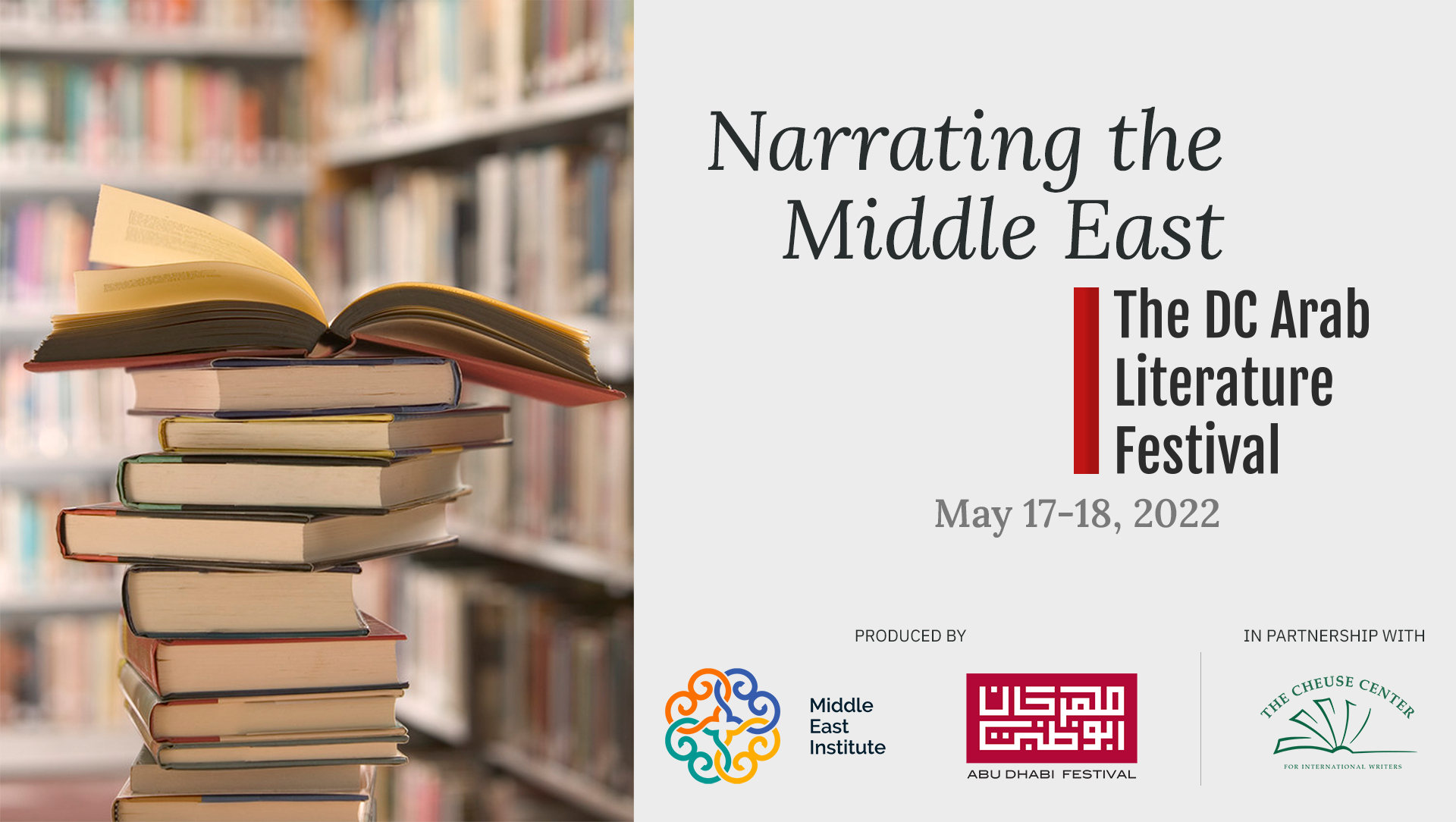 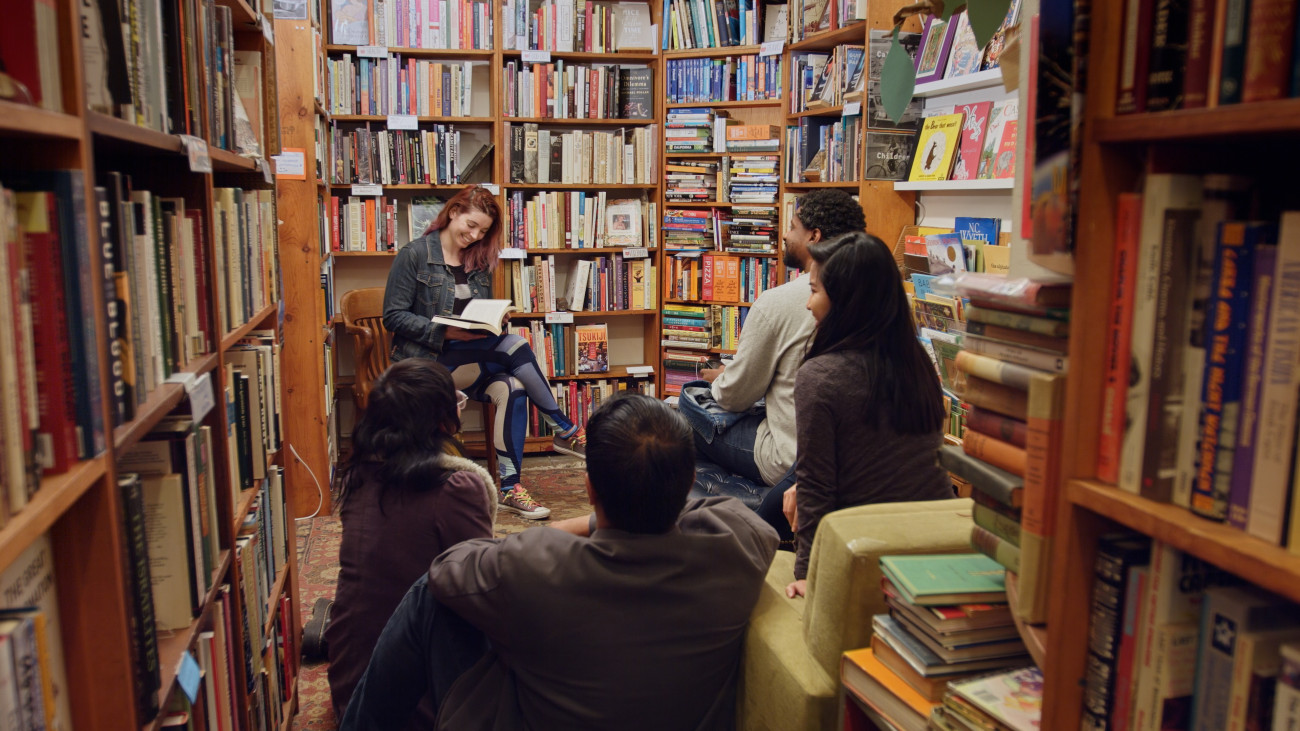 The Middle East Institute’s Arts and Culture Center and The Abu Dhabi Music and Arts Foundation in partnership with the Cheuse Center for International Writers at George Mason University presented a two-day, virtual literature festival featuring writers and poets from the Middle East. Panels explored the works and experiences of leading and emerging Arab authors and poets and the challenges of publishing and translating works from the Middle East. 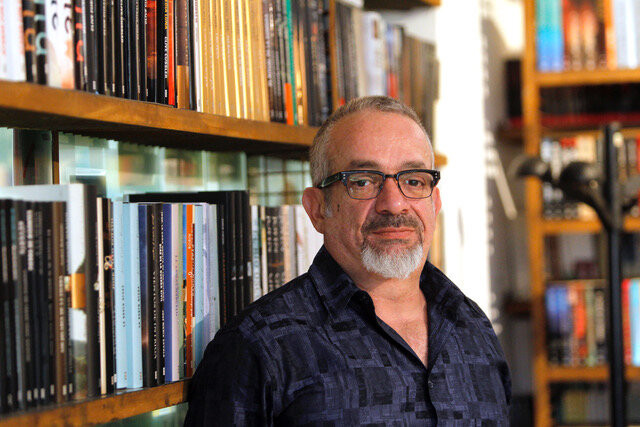 Rabih Alameddine is the author of six critically acclaimed novels, most recently The Wrong End of the Telescope (Grove Atlantic, 2021), which won the prestigious 2022 PEN/Faulkner Award for Fiction, The Angel of History (Atlantic Monthly Press, 2016), An Unnecessary Woman (Grove Press, 2014), a finalist for the National Book Award and the National Book Critics Circle Award, the winner of the California Book Award, and a Washington Post, Kirkus, and NPR Best Book of 2014, The Hakawati (Knopf, 2008), I, The Divine (W.W. Norton, 2001), and Koolaids (Picador, 1998). He is also the author of a book of short stories,The Perv (Picador, 1999.) Alameddine received a Guggenheim Fellowship in 2002.

Rabih Alameddine Lebanon-US, Winner of the 2022 PEN/Faulkner Award for Fiction, The Wrong End of the Telescope, 2021.

This panel of leading regional and diaspora authors discussed the inspiration for their most recent novels and the social, cultural and political context informing their work.  The panel also explored the challenges that Arab writers in the region and its diaspora face as they reflect on societies dealing with globalization, trauma, gender, sexuality and identity.

Zaina Arafat US-Palestine, You Exist Too Much, 2021 Lambda Literary Award

Rasha Abbas Syria-Germany, The Gist of It, 2019

Modern Poetry in the Arab World

This panel featured Arab poets who share their poems in English and the vision that drives their inspiration.

This panel brings together voices from the Arab world’s publishing and translation sectors, as well as leading figures behind literary prizes and book fairs, to discuss how to grow the Arab World’s literary infrastructure and audiences.

Ursula Lindsey (moderator) Journalist and book critic, Lindsey writes about culture, education, and politics in the Arab world. She has written for The New York Times, The Economist, The Nation magazine, and the New York Review of Books, among others. She is based in Amman, Jordan.

An in-person (by invitation only) and live streamed event held at the Middle East Institute, featuring poetry reading by Zeina Azzam.

Zeina Azzam Palestinian-American poet, writer, editor, and community activist. She is currently the Poet Laureate of the City of Alexandria, Virginia

Dr. Mariam Gomaa
Physician and writer. Author of Between the Shadow & the Soul

The Abu Dhabi Music and Arts Foundation (ADMAF) was established in 1996 by Huda I. Alkhamis Kanoo as one of the earliest cultural foundations in the Gulf region and Arab world. ADMAF supports the sustainability and creativity of the cultural industry and contributes to enriching Abu Dhabi as a cultural beacon by offering a wide array of initiatives, including Abu Dhabi Festival and several youth and societal programs and platforms, to support creative talents in the UAE and abroad. Founded in 2004, Abu Dhabi Festival brings audiences together to enjoy unique experiences that testify to our common humanity and the deep bonds we share. The Festival is a celebration and a gathering for exchange amongst the different communities ADMAF serves: the people of the seven emirates of the UAE, the region and the world.

The Cheuse Center for International Writers at George Mason University was founded in 2016 with a two-fold mission: Support and help international writers and translators to gain a broader American audience; and provide young American writers travel fellowships in order to pursue international creative projects. Named in honor of Alan Cheuse, the late American writer and cultural commentator who taught at George Mason for almost 30 years, the Cheuse Center is a vibrant literary institution enriching the artistic and intellectual communities of George Mason University, the metropolitan region of Washington, D.C., and literary organizations around the globe.