After Gaza: Finding A Way Forward 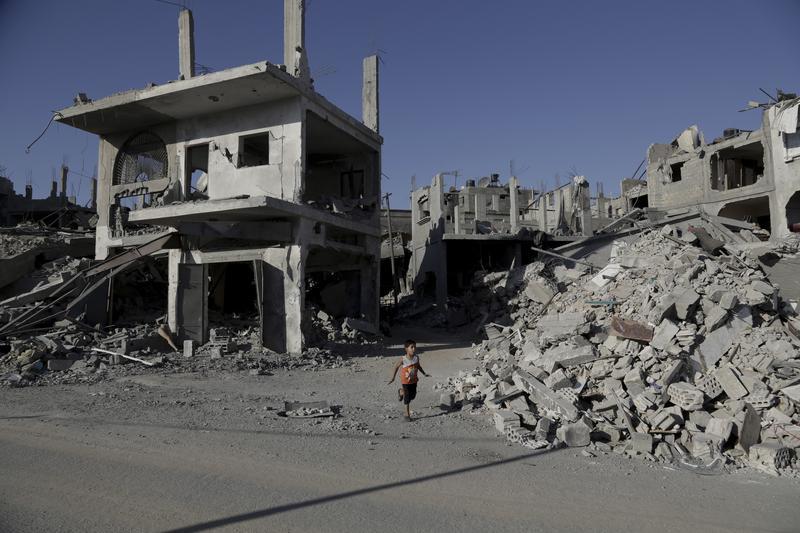 After seven weeks of conflict, Israel and Hamas have reached yet another cease-fire. But what will it take to translate this truce into an enduring agreement? What is the likelihood that the demands of the respective parties will be addressed in future talks, including an end to Israel's blockade of Gaza and the disarmament of Hamas? The Middle East Institute and the Foundation for Middle East Peace will host experts Khaled Elgindy (The Brookings Institution), Michael Koplow (The Israel Institute), and Joe Stork (Human Rights Watch) for a discussion about the political and humanitarian implications of the latest conflict in Gaza. Matthew Duss, president of the Foundation for Middle East Peace, will moderate the discussion.

Biographies:
Khaled Elgindy is a fellow in the Center for Middle East Policy at Brookings and a founding board member of the Egyptian American Rule of Law Association. He previously served as an advisor to the Palestinian leadership in Ramallah on permanent status negotiations with Israel from 2004 to 2009, and was a key participant in the Annapolis negotiations held throughout 2008. He has held numerous political and policy positions in Washington, D.C., inside and outside the federal government. Elgindy holds an M.A. in Arab studies from Georgetown University and a B.A. in political science from Indiana University.

Michael Koplow is program director of the Israel Institute and a current participant in the Young Turkey Young America fellowship program at the Atlantic Council. He has also worked as an attorney, a researcher at the Council on Foreign Relations, and a Foreign Service Officer trainer for the State Department. His academic work has appeared in Security Studies and Bustan, and he frequently writes for Foreign Affairs, The National Interest, Foreign Policy, and The Atlantic. He holds a Ph.D. in Government from Georgetown University, a J.D. from New York University, and an M.A. in Middle Eastern Studies from Harvard University.

Joe Stork is deputy director of Human Rights Watch's Middle East and North Africa division and an expert on human rights issues in the region. Before joining HRW in 1996, Stork co-founded the Middle East Research & Information Project (MERIP) and served as chief editor of its bimonthly magazine, Middle East Report. Author of numerous books and widely published articles on the Middle East, he has lectured widely at universities and public forums around the world. Stork served as a Peace Corps volunteer in Turkey and holds an M.A. in International Affairs/Middle East Studies from Columbia University.

Matthew Duss is the president of the Foundation for Middle East Peace, based in Washington, DC. Previously he was a policy analyst at the Center for American Progress, where his work focused on the Middle East and U.S. national security. You can follow him on Twitter @mattduss