The Arab Spring: Pathways of Repression and Reform 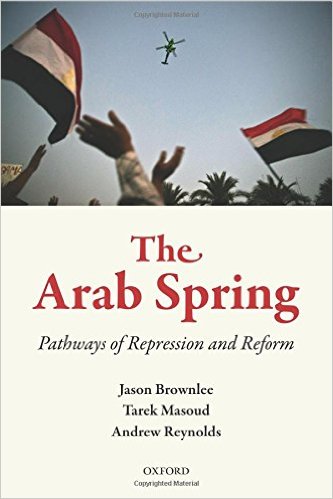 A Book Presentation and Signing with Professor Tarek Masoud
The Middle East Institute and the Conflict Management Program at the Johns Hopkins School of Advanced International Studies (SAIS) were pleased to host Tarek Masoud of the Harvard University Kennedy School of Government for a discussion of his book The Arab Spring: Pathways of Repression and Reform (co-authored with Jason Brownlee and Andrew Reynolds). In this highly praised scholarly study, Dr. Masoud and his colleagues examine the societal, political, and economic factors that distinguished the different trajectories of the 2011 popular uprisings against Arab regimes. Why did leaders fall where they did and not elsewhere? Why did mass opposition not coalesce in most societies to broad agreements on forms of participation and governance?

Drawing on extensive research across the region, Dr. Masoud reviewed five lessons for Western policy-makers derived from the book's findings about the systems of rule that withstood or broke before popular uprisings and, in countries where leaders were toppled, the factors that most shaped the ensuing developments toward pluralism, renewed authoritarianism, or deeper divisions in society and politics. He explored some telling contrasts between Tunisia and other Arab states, as well as between the states of the "Arab Spring" and post-1989 circumstances in former member states of the Warsaw Pact

Tarek Masoud is the Sultan of Oman Associate Professor of International Relations at Harvard University's John F. Kennedy School of Government. His research focuses on the role of religion in the Muslim world's political development. He is the author of Counting Islam: Religion, Class, and Elections in Egypt (Cambridge University Press, 2014), the co-author of The Arab Spring: Pathways of Repression and Reform (Oxford University Press, 2015), as well as of several articles and book chapters. He is a 2009 Carnegie Scholar, a term member of the Council on Foreign Relations, a member of the editorial board of the Journal of Democracy, and the recipient of grants from the National Science Foundation and the Paul and Daisy Soros foundation, among others.

I. William Zartman is Jacob Blaustein Distinguished Professor Emeritus of International Organization and Conflict Resolution at the Paul H. Nitze School of Advanced International Studies (SAIS), Johns Hopkins University. He is the author of many works on North Africa as well as on sub-Saharan African politics and regional relations. Prior to his long tenure at SAIS, he was on the faculty of International Studies at the University of South Carolina (1960-65) and then Professor of Politics at New York University (1965-80). During his career he has been a Distinguished Fellow of the United States Institute of Peace, Olin Professor at the U.S. Naval Academy, Elie Halévy Professor at the Institute for Political Studies (Sciences Pô) in Paris, and has taught or lectured in universities across the Middle East, Africa, and Europe, in China, and at The University of the Andes.