Artist in Conversation | Tania El Khoury: The Arts as a Global Connector 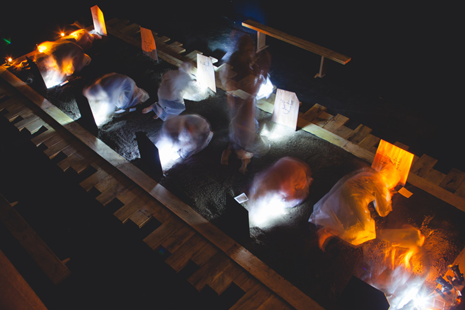 The Middle East Institute (MEI), together with National Building Museum and the British Council, is pleased to host artist Tania El Khoury in a discussion to engage students interested in Middle East studies and international relations about the importance of cultural connections and the role of the arts in revealing the concerns and aspirations of societies.

El Khoury will discuss her body of work known for documenting everyday life and for provoking and raising wider discussions on current issues and politics, personal histories, and the politics of public and personal space. This moderated conversation is especially for students interested in Middle East studies and international relations as a profession and will focus on the importance of cultural channels in these fields.

Rochelle Davis, associate professor of cultural anthropology in the Center for Contemporary Arab Studies in the School of Foreign Service at Georgetown University, will moderate.

Speaker Biographies:
Tania El Khoury
Beirut-Based Live Artist
Tania El Khoury is a Beirut-based live artist  is currently touring her work internationally. Her work focuses on creating immersive and challenging performances and engages the audience in active collaboration. El Khoury has performed in real sites, ranging from the great hall at the British Museum to an old church in Beirut that once was used as a military base during the Lebanese civil war. She is also the co-founder of Dictaphone Group, a collective using research-based live art with the aim of reclaiming public space and opening up wider political discussions in and around the city. She has won the Total Theatre Award for Innovation, the Arches Brick Award, and Artsadmin Bursary on her work as a solo artist. El Khoury has collaborated with performer and producer Petra Serhal on creating site specific performances informed by on-the-ground research. These projects have focused on questioning the relationship between citizens to the city, with a focus on public space and its redefinition.

Rochelle Davis (Moderator)
Associate Professor, Georgetown University
Rochelle Davis is an associate professor of cultural anthropology in the Center for Contemporary Arab Studies in the School of Foreign Service at Georgetown University. Since July 2013, she has also served as the academic director of the master's in Arab studies program at Georgetown. Her areas of reserach and topics of instruction include Arab society and culture, refugees, migrants and immigrants in and out of the Arab World, memory, history, and historiography, and conflict and change. Davis’ work encompasses Syrian refugees post 2011, Iraqi refugees in Jordan and Syria, and Palestinian refugees, in addition to the role of culture in the U.S. military in the war in Iraq. Additionally, she has sat on numerous executive boards including at the Middle East Research and Information Project (2008-2013), The Arab Studies Journal, and The Palestinian American Research Center (2007-2014).