Battlegrounds in the Middle East: A Discussion with Lt. Gen. (ret.) H.R. McMaster 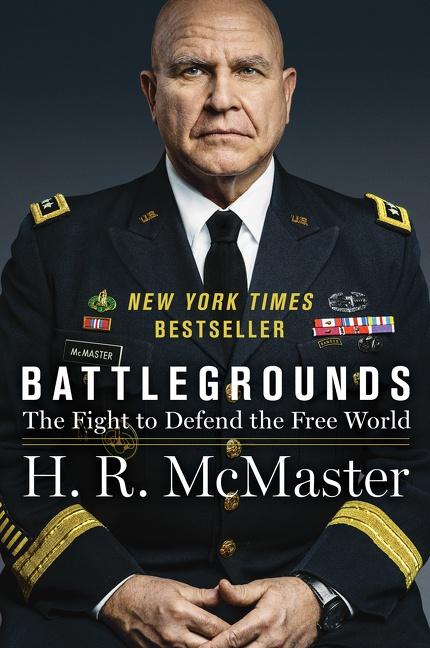 Across multiple administrations since the end of the Cold War, American foreign policy has been complicated by differing priorities, challenges with implementation, and lack of coordination with regional actors. As H.R. McMaster argues in his latest book, this has caused the U.S. and allies to fall behind rivals in power and influence. Meanwhile, global security threats such as nuclear proliferation and terrorism, have grown.

What are the most significant challenges to national and international security in the Middle East? In what ways does the region remain a vital interest for the United States? How must the Biden administration reposture its strategy and position throughout the Middle East?

Lt. Gen. (ret.) H. R. McMaster is the Fouad and Michelle Ajami Senior Fellow at the Hoover Institution, Stanford University.  He is also the Bernard and Susan Liautaud Fellow at the Freeman Spogli Institute and lecturer at Stanford University’s Graduate School of Business.  He was the 26th assistant to the president for National Security Affairs. Upon graduation from the United States Military Academy in 1984, McMaster served as a commissioned officer in the United States Army for thirty-four years before retiring as a Lieutenant General in June 2018.

From 2014 to 2017 McMaster designed the future army as the director of the Army Capabilities Integration Center and the deputy commanding general of the US Army Training and Doctrine Command (TRADOC). As commanding general of the Maneuver Center of Excellence at Fort Benning, he oversaw all training and education for the army’s infantry, armor, and cavalry force. His has extensive experience leading soldiers and organizations in wartime including Commander, Combined Joint Inter-Agency Task Force—Shafafiyat in Kabul, Afghanistan from 2010 to 2012; Commander, 3rd Armored Cavalry Regiment in Iraq from 2005 to 2006; and Commander, Eagle Troop, 2nd Armored Cavalry Regiment in Operation Desert Storm from 1990 to 1991. McMaster also served overseas as advisor to the most senior commanders in the Middle East, Iraq, and Afghanistan.

McMaster holds a PhD in military history from the University of North Carolina at Chapel Hill.  He was an assistant professor of history at the United States Military Academy from 1994 to 1996.  He is author of Battlegrounds: The Fight to Defend the Free World and the award-winning Dereliction of Duty: Lyndon Johnson, Robert McNamara, the Joint Chiefs of Staff and the Lies that Led to Vietnam.  He was a contributing editor for Survival: Global Politics and Strategy from 2010 to 2017.  His many essays, articles, and book reviews on leadership, history, and the future of warfare have appeared in The Atlantic, Foreign Affairs, Survival, the Wall Street Journal, and the New York Times.