The best way forward in Afghanistan 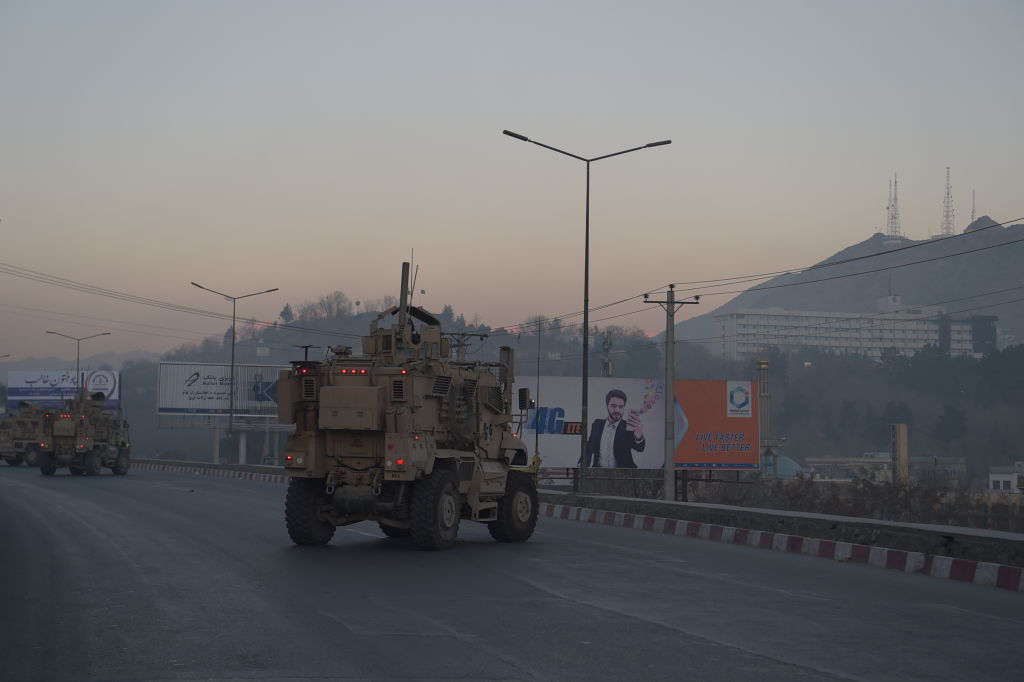 The war in Afghanistan, the longest in U.S. history, shows little sign of winding down. Despite hundreds of billions of dollars in military aid and state support, Afghanistan still struggles with resilient Taliban and Islamic State insurgencies. Recent brazen terrorist attacks and growing disunity among the country’s political leadership raise new doubts about its future.

Increasingly, questions are being asked as to why the United States maintains a presence in Afghanistan. How is a U.S. presence serving American security interests? The Trump administration has pledged an indefinite commitment to victory in Afghanistan, but what does success look like and what would have to change to achieve it? Does the U.S. have a clear and coherent strategy going forward and what, if any, are the alternatives?

The Middle East Institute (MEI) is pleased to host an expert panel to discuss these and other questions about the US mission in Afghanistan. MEI’s Director of Afghanistan and Pakistan Studies, Marvin G. Weinbaum, will moderate the discussion with Vanda Felbab-Brown, a senior fellow in the Foreign Policy program at Brookings; Christopher Kolenda, adjunct senior fellow at the Center for a New American Security; Ahmad Khalid Majidyar, fellow at the Middle East Institute and director of the IranObserved Project; and Amb. (ret.) Ronald Neumann, President of the American Academy of Diplomacy and former U.S. ambassador to Afghanistan.

Speaker biographies:
Vanda Felbab-Brown
Senior fellow, The Brookings Institution
Vanda Felbab-Brown is a senior fellow in the Center for 21st Century Security and Intelligence in the Foreign Policy program at Brookings. She is also the director of the Brookings project “Improving Global Drug Policy: Comparative Perspectives and UNGASS 2016” and co-director of another Brookings project, “Reconstituting Local Orders.” She is an expert on international and internal conflicts and nontraditional security threats, including insurgency, organized crime, urban violence, and illicit economies. Her fieldwork and research have covered, among others, Afghanistan, South Asia, Burma, Indonesia, the Andean region, Mexico, Morocco, Somalia, and eastern Africa. Felbab-Brown is the author of "The Extinction Market: Wildlife Trafficking and How to Counter It" (Hurst, 2016, forthcoming); "Narco Noir: Mexico’s Cartels, Cops, and Corruption" (Brookings Institution Press, 2019, forthcoming); “Aspiration and Ambivalence: Strategies and Realities of Counterinsurgency and State-Building in Afghanistan” (Brookings Institution Press, 2012) and “Shooting Up: Counterinsurgency and the War on Drugs” (Brookings Institution Press, 2010). She is also the author of numerous policy reports, academic articles, and opinion pieces. A frequent commentator in U.S. and international media, Felbab-Brown regularly provides congressional testimony on these issues.

Christopher Kolenda
Adjunct senior fellow, Center for a New American Security
Christopher D. Kolenda is an adjunct senior fellow at the Center for a New American Security. He recently served as the senior advisor on Afghanistan and Pakistan to the Department of Defense senior leadership and has served four tours in Afghanistan. Mr. Kolenda graduated from the United States Military Academy and went on to serve in the United States Army with great distinction, to include leading large, complex organizations in the United States, Europe and in combat in Afghanistan. He also served as an Assistant Professor of History at West Point. In 2009, he was selected by the Under Secretary of Defense for Policy to develop a new U.S. strategy for the conflict, and was then ordered back to Afghanistan where he co-authored the groundbreaking McChrystal assessment, counterinsurgency guidance and military strategy. He has since shaped every critical policy and strategy for Afghanistan and Pakistan. Three Secretaries of Defense and the President of the United States have adopted his advice. His efforts have been featured in two New York Times bestselling books: The Outpost by Jake Tapper and Stones into Schools by Greg Mortenson, as well as in numerous newspaper and journal articles and studies, such as The Washington Post, The Wall Street Journal, The New York Times, The Economist and The London Times.

Ahmad Majidyar
Director of IranObserved project, MEI
Ahmad Khalid Majidyar is a fellow and the director of IranObserved Project at MEI. From 2008 to 2015, he worked as a senior research associate at the American Enterprise Institute (AEI), where he researched and wrote on security and political issues in Afghanistan, Pakistan and Iran. As an instructor with the Naval Postgraduate School’s Leadership Development and Education for Sustained Peace program (2008-2016), Majidyar provided graduate-level seminars to more than 3,000 U.S. and NATO military leaders on Afghanistan and the broader region. In addition, he has provided briefings on Iran and Afghanistan at the Defense Intelligence Agency, the Joint IED Defeat Organization, the National Defense University, the State Department, and Congress. His articles on Iran, Afghanistan and Pakistan have been published in major U.S. and international outlets.

Amb. (ret.) Ronald Neumann
President, American Academy of Diplomacy
Ronald E. Neumann is an American diplomat who served as ambassador to Algeria (1994-1997), Bahrain (2001-2004) and Afghanistan (2005-2007). Ambassador Neumann also served in Iraq as a career member of the Senior Foreign Service with the Coalition Provisional Authority and then as Embassy’s political/military liaison with the Multinational Command, where he was deeply involved in coordinating the political part of military actions. He was Director of the Office of Northern Gulf Affairs (Iran and Iraq; 1991 to 1994). Earlier in his career, he was Deputy Chief of Mission in Abu Dhabi, United Arab Emirates, and in Sanaa in Yemen, Principal Officer in Tabriz, Iran and Economic/Commercial Officer in Dakar, Senegal. Ambassador Neumann is currently the president of the American Academy of Diplomacy and is the author of The Other War: Winning and Losing in Afghanistan (Potomac Press, 2009), a book on his time in Afghanistan.

Marvin Weinbaum, moderator
Director for Afghanistan and Pakistan Studies, MEI
Marvin G. Weinbaum is Director of the Afghanistan and Pakistan Studies and resident scholar at MEI, and professor emeritus of political science at the University of Illinois at Urbana-Champaign. He served as analyst for Pakistan and Afghanistan in the U.S. Department of State’s Bureau of Intelligence and Research from 1999 to 2003. At Illinois, Dr. Weinbaum directed the program in South Asian and Middle Eastern studies for 15 years. His research, teaching, and consultancies have focused on the issues of national security, state building, democratization, and political economy in Afghanistan and Pakistan. He is the author or editor of six books and has written more than 100 journal articles and book chapters. Dr. Weinbaum was awarded Fulbright Research Fellowships for Egypt in 1981–82 and Afghanistan in 1989–90, and was a senior fellow at the United States Institute of Peace in 1996–97. He has been the recipient of research awards from the Social Science Research Council, the Ford Foundation, the American Political Science Association, and other granting agencies.