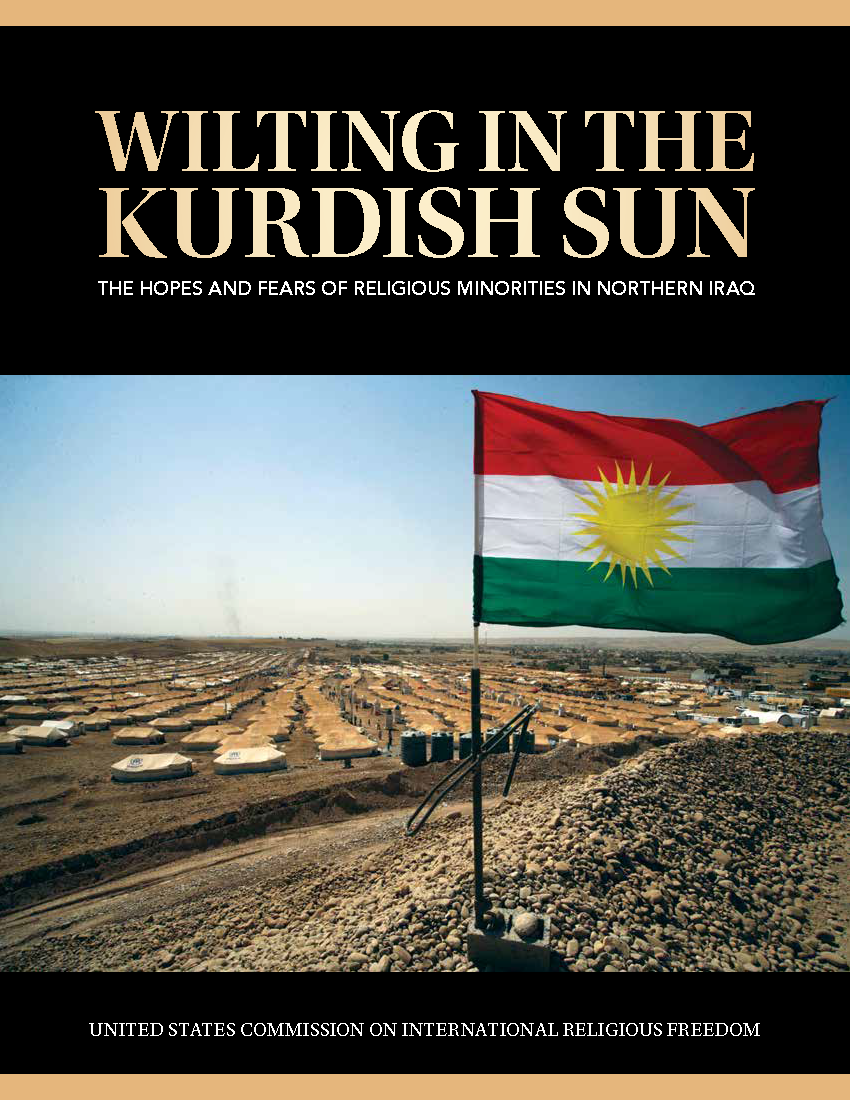 Surrounded by conflict and grappling with a rapidly changing political landscape, the Kurdistan Region of Iraq (KRI) stands out as a locus of relative stability in its region. A recently-released report by the United States Commission for International Religious Freedom (USCIRF), entitled “Wilting in the Kurdish Sun: The Hopes and Fears of Religious Minorities in Northern Iraq,” highlights the difficulties faced in the KRI to address religious freedom. The report underscores the KRG’s struggle to protect the region’s many vulnerable religious communities and discusses the grievances of the communities, and offers recommendations on how to address them in the sensitive, post-ISIS environment.

Jomana Qaddour
Policy Analyst, USCIRF
Jomana Qaddour is a policy analyst at the U.S. Commission on International Religious Freedom, where she focuses on religious freedom in Syria, Iraq, Turkey, and Egypt. Previously, she served as a Senior Associate and Project Manager at the conflict analysis firm Caerus Associates and as a Senior Research Assistant and Publications Manager for the Project on U.S. Relations with the Islamic World in the Center for Middle East Policy at the Brookings Institution. Jomana also co-founded Syria Relief & Development, a humanitarian organization that provides direct emergency and ongoing humanitarian relief for Syrians since 2011. She is currently working on her LLM at Georgetown Law Center, and she holds a JD from the University of Kansas School of Law.

Randa Slim
Director for conflict resolution and Track II dialogues, MEI; non-resident fellow, Johns Hopkins University SAIS Foreign Policy Institute
Randa Slim is director of the Track II dialogues initiative at MEI and a non-resident fellow at the SAIS Foreign Policy Institute. A former vice president of the International Institute for Sustained Dialogue, Slim has been a senior program advisor at the Rockefeller Brothers Fund, a guest scholar at the U.S. Institute for Peace, a program director at Resolve, Inc., and a program officer at the Kettering Foundation. A long-term practitioner of Track II dialogue and peace-building processes in the Middle East and Central Asia, she is the author of several studies, book chapters, and articles on conflict management, post-conflict peace-building, and Middle East politics.

Daniel Serwer, moderator
Scholar, MEI; Director, Conflict Management Studies program, Johns Hopkins University SAIS Foreign Policy Institute
Daniel Serwer, an MEI scholar, directs the Conflict Management Program at the Johns Hopkins School of Advanced International Studies. He is also a Senior Fellow at the SAIS Center for Transatlantic Relations. His current interests focus on the civilian instruments needed to protect U.S. national security as well as transition and state-building in the Middle East, North Africa, and the Balkans. His book, Righting the Balance: How You Can Help Protect America, was published in November 2013 by Potomac Books.